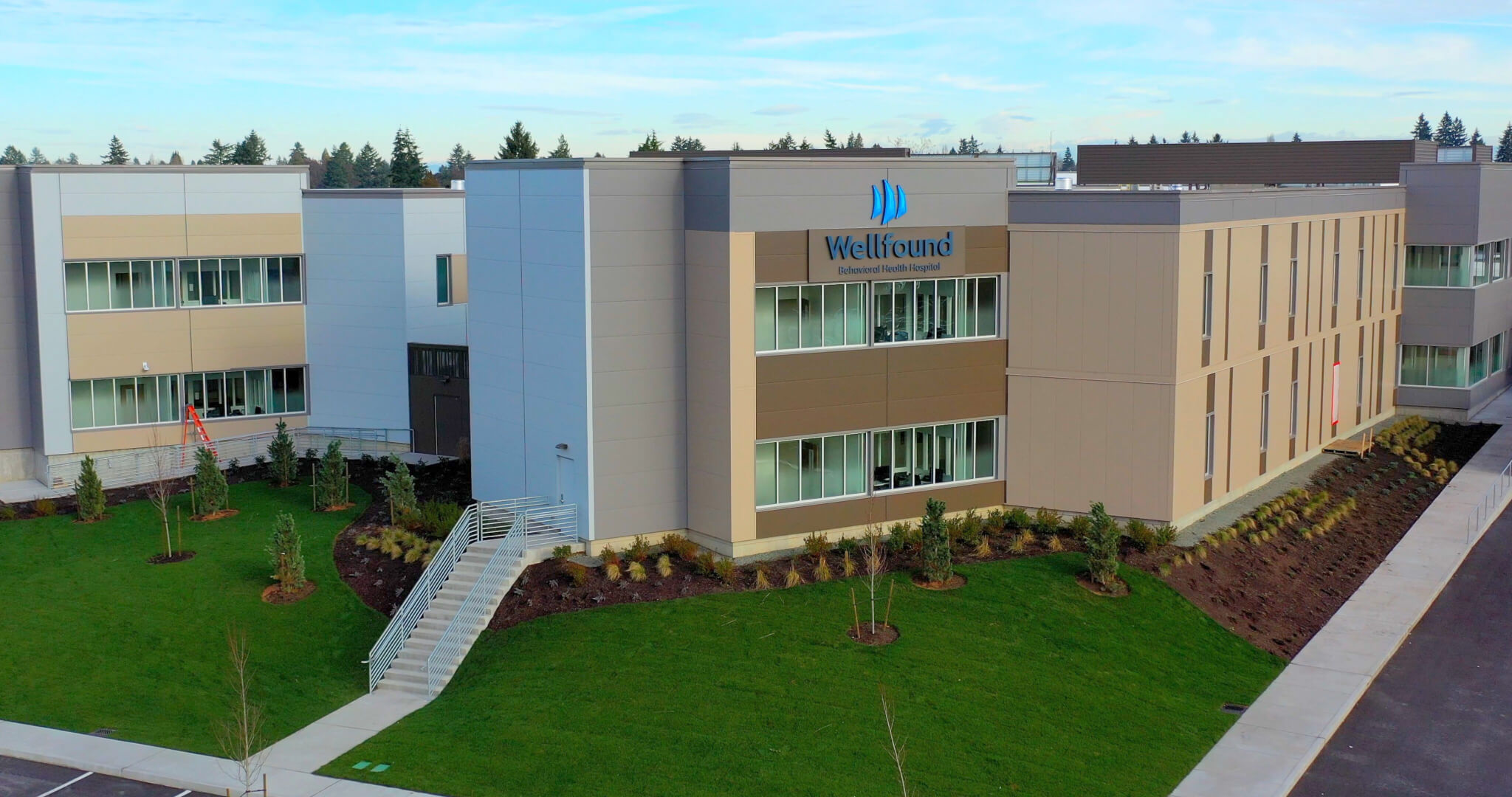 In the wake of a productive legislative session for behavioral health in Washington, a joint venture between CHI Franciscan and MultiCare — the two biggest health systems in Pierce County — opened a new 120-bed behavioral health hospital in Tacoma.

According to Wellfound’s website, the hospital will provide short-term voluntary and involuntary admissions for adults, with a focus on general psychiatric care. And, hospital clinicians will treat secondary medical or chemical dependency conditions alongside providing behavioral health care.

CEO Maureen Womack, who moved to Tacoma from Arizona to lead Wellfound, said the hospital currently has six crisis stabilization beds and eight inpatient beds available, plans to bring on a new unit “almost every month,” and will be at full capacity by the end of 2020. Ultimately, she anticipates Wellfound will employ a staff of over 320.

The hospital will serve as a single point of access, Womack said, with the goal being to keep patients in the least restrictive level of care possible — which would, in turn, be more patient-friendly and reduce cost.

“We are a single point of access, so anybody can walk in or be referred, and we can do an assessment and determine what level of care they need,” Womack said. “Can we stabilize in the crisis stabilization unit? Are they well enough that we can set up an urgent appointment with one of the community providers? Or do they need to be inpatient, and we stabilize them before we need to start taking the state resources of state hospitalization?”

The collaboration has its roots in 2014, when CHI Franciscan and MultiCare formed the “Alliance for South Sound Health” with what Womack called a goal to look at “building out a continuum of care.”

“You’ve got two friendly competitors who realize that the greater good is more important than their individual needs,” Womack said.

The team in Tacoma, she said, has been in touch with teams at hospitals with similar models in other states to glean lessons learned. But, every hospital serves a different population — Wellfound’s population, Womack said, should look a lot like its surrounding community.

The hospital is launching in the midst of a statewide push from the Legislature and Gov. Jay Inslee to transform Washington’s behavioral health system.

Over time, the state’s plan includes expanding and adding community-based providers and outpatient treatment, growing the behavioral-health workforce, renovating state hospitals, and continuing the integration of behavioral and physical health care. In the 2019 session, lawmakers took several steps to advance that plan.

While the joint venture is separate from the Legislature’s work, Womack said lawmakers engaged with Wellfound one-off to discuss reaching a mutual understanding between the new hospital and Western State Hospital.

Western State is a state-run facility with over 800 beds, and it sits just a 20-minute drive from Wellfound.

Womack said the new hospital has a “formal memorandum of understanding” with Western State, which includes alignment on staff training and an agreement not to poach staff.

“One of the things that the Legislature asked us to do is to make sure that, when it’s all said and done, we’ve actually brought providers into the community instead of just doing a shuffle,” Womack said.

The hospital plans to track that success and share data in a transparent way. Key performance indicators Womack mentioned include tracking the number of times transfer of custody from law enforcement to the hospital happens within 30 minutes, and how many patients the hospital is able to divert from emergency departments.

“It’s really looking at, not only the patient outcomes — which, of course, we’ll be able to track…but we’re also looking at the community benefit we can provide,” Womack said.

“This is a big deal,” said Rep. Derek Kilmer. “Someone battling a mental health challenge shouldn’t end up on the streets or in prison. They need a helping hand. Having Wellfound Behavioral Health Hospital begin serving people in the South Sound will address an absolutely essential need – expanding access to mental health care and ensuring people can get care in an appropriate setting. I applaud CHI Franciscan, MultiCare Health System, and the entire coalition of folks who worked together to accomplish the goal of providing behavioral health care to those who need it. It’s an amazing example of what we can accomplish together and I’m proud to be a partner in the effort.”