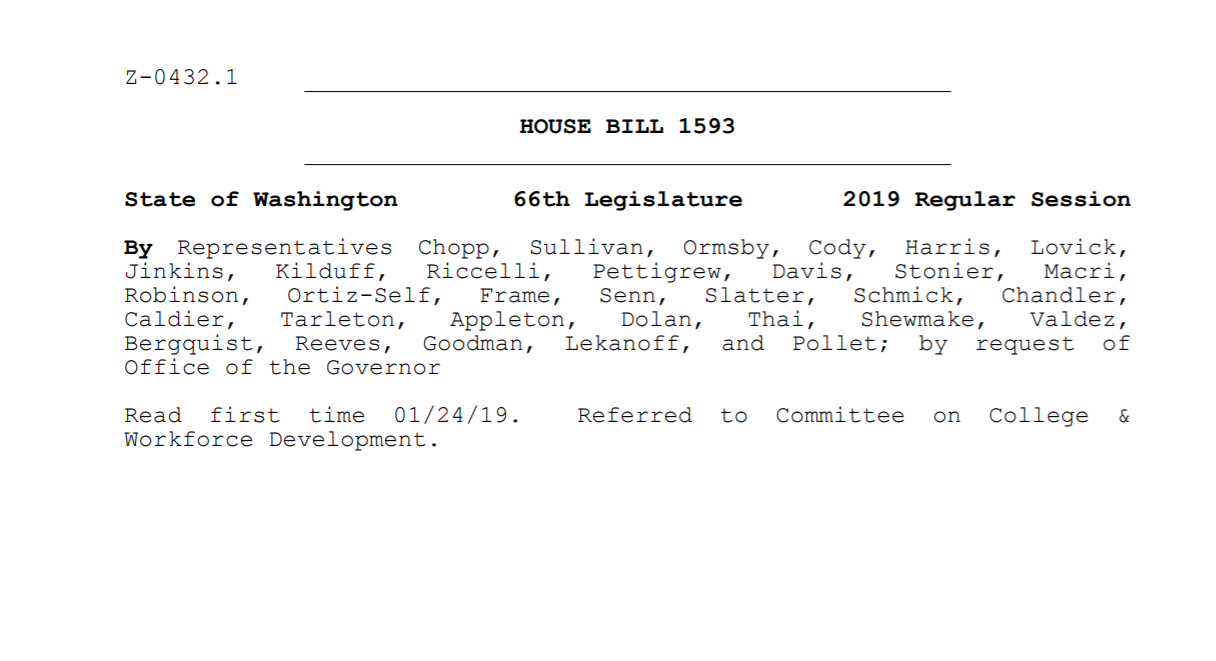 Washington House Speaker Frank Chopp testified for a bill on which he’s the lead sponsor Tuesday.

The speaker has said that the bill, which would allow the University of Washington School of Medicine to start planning for a behavioral health-focused teaching hospital, is his first in 20 years.

The committee meeting during which Chopp testified was lively, with committee members acknowledging how long it’s been since Chopp last spoke on behalf of a bill he sponsored. (The meeting is available to watch on TVW here.)

“We have a prime sponsor, Representative Chopp,” committee chair Rep. Drew Hansen said when he welcomed Chopp to the meeting. “My oh my. From what I’m told, it’s his first bill in 20 years. We are so excited.”

Gov. Jay Inslee requested the bipartisan bill, which is part of the plan to “transform” Washington’s behavioral health system that he announced alongside lawmakers — Chopp included — and stakeholders at the end of last year.

The bill does three things:

Among the other features the plan might include: adding psychiatry residency training slots for community psychiatry services, initiating telehealth consultation, and creating a fellowship program for primary care providers who want to treat patients with behavioral health needs.

The governor’s proposed capital budget includes $2 million to support the “predesign for a 150-bed teaching hospital” at UW.

In his testimony, Chopp stressed how important the project is, citing his own experience with behavioral health care in Washington.

“My own direct connection to this issue started when I visited my sister at the psych unit of the University of Washington Medical Center,” Chopp said. “It’s still there, it still looks the same. And we need to do better.”

Rashi Gupta, Inslee’s senior policy adviser on behavioral health integration, explained the bill and its two-birds-one-stone logic at the hearing.

“The bill takes care of two of the biggest needs in the behavioral health system today, both treatment bed capacity and workforce,” Gupta said. “First, since the governor announced the move of civil beds out of Western State into the community, we have been planning where to place those beds. We know we can’t do it all with 16-bed facilities, so we started looking at options.”

Other testimony came from the director of psychiatry at UW Medicine, director of government relations at Providence St. Joseph, chair of UW Medicine’s campaign for mental health, and representatives from the Washington State Hospital Association, SEIU Healthcare 1199NW, and the UW School of Social Work.

All testimony was positive, with at least two testifiers calling this a “historic” bill.

The bill is scheduled for executive session Friday morning.