The House Health Care & Wellness Committee advanced its first two bills of the session this morning.

One (HB 1074), commonly called “Tobacco 21” would raise the legal age for purchasing tobacco and vapor products from 18 to 21 starting January, 2020. The other (HB 1087), commonly called the “Long Term Care Trust Act,” would establish a public long-term care benefit.

The Tobacco 21 bill received 12 yes votes, with Reps. Schmick, Caldier, and Chambers voting against it.

Before the vote, Schmick said the nos were due to a concern that Indian tribes would not also raise the legal age to purchase tobacco products, leading to remaining availability of tobacco products for underage people.

The bill’s lead sponsor, Rep. Harris, sponsored the bill last session as well. It passed the House and got stuck in the Senate.

“Before leaving for session, my daughter asked if Rep. Harris was still working on this bill,” Rep. Stonier said just before the vote. “She reports to me the vaping that’s going on in the bathrooms of the middle school… And it’s clear to me that some of our students that are at the high school level have been kind of leading the charge in advocating for this policy. But after hearing the statistics and the stories of what people are seeing across the state, and then hearing anecdotes from my own daughter in the back seat of my car, it’s very clear to me that we are at a turning point and have to take action on this.”

The committee advanced a substitute bill for the Long Term Care Trust Act with 13 yes votes; Reps. Schmick and Maycumber voted no.

In his comments before the vote, though, Schmick sounded optimistic about the bill as a whole.

“The sponsor has been very willing to work with everyone,” Schmick said. “And we’ve got a couple more things that we’re going to have to iron out. And we’re committed to do so.”

The bipartisan bill establishes a public long-term care benefit that Washington workers would pay into, and eventually be able to benefit from if they have difficulty completing at least three tasks of daily life.

Washington workers would pay 0.58 percent of their wages into the trust program and could claim benefits for services like skilled nursing care, meal preparation, and home health services.

In today’s meeting, Harris asked a question to clarify why the bill calls that 0.58 percent a “premium,” rather than a “tax.”

“The distinction is: Typically, when you pay a premium, you have something very specific you receive in return for the premium,” Rep. Jinkins — the bill’s lead sponsor — clarified. “This is an insurance premium, so you get something very specific and personal in return for your payment of the premium. Which is different from a generalized tax, which you pay and the legislature can decide how it spends it.”

The substitute bill appears to include a slate of mostly technical differences from the original bill, like requiring that the trust account be appropriated for administrative expenses and nonappropriated for benefit payments.

Other differences in the substitute bill include changes to the membership and responsibilities of the “Long-Term Services and Supports Trust Commission” — the body which recommends criteria for who qualifies to benefit from the program, improvements to program operations, preparations for financial reports, and adjustments to the benefit. For example, the substitute bill includes a worker who is, or will be, paying the “premium” to be included on the Commission.

Jinkins said she expects the Appropriations committee to amend the bill further.

“I am so excited that we are becoming closer and closer, hopefully, every day, to not making people spend themselves into poverty in order to get care in their senior years; and to give them a real option for long-term care that’s going to help people,” Jinkins said. 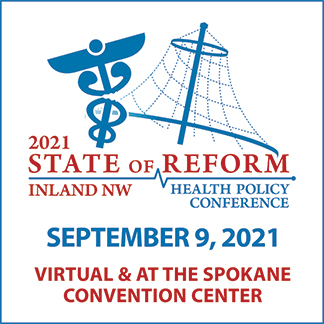