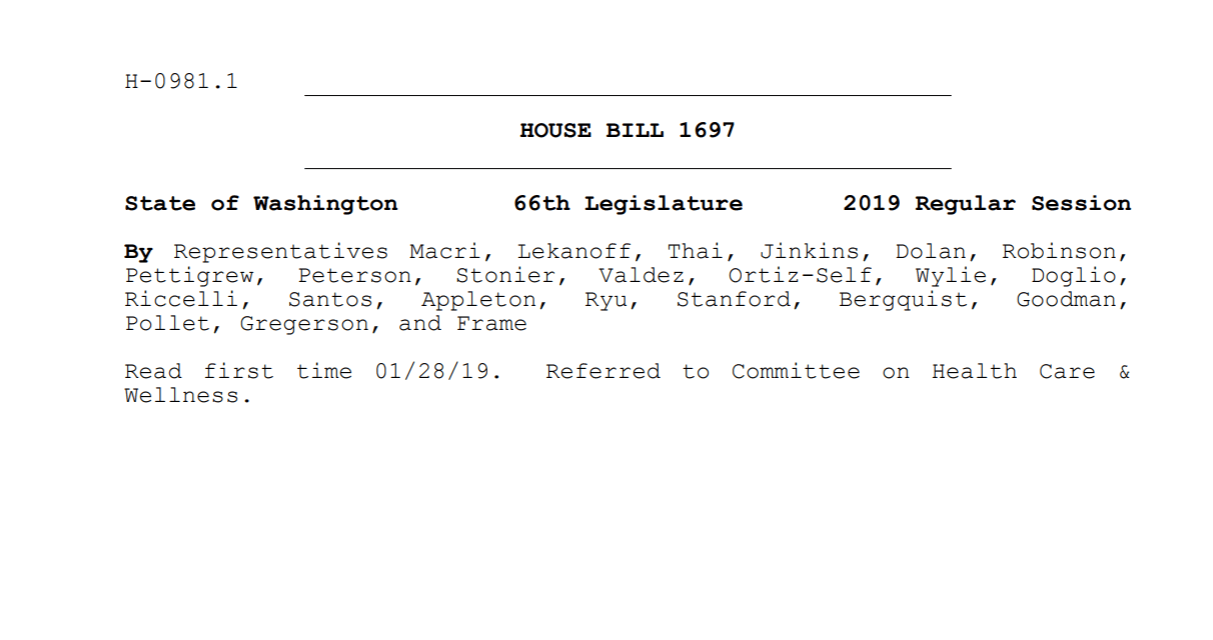 Washington bill would expand Medicaid eligibility to all low-income young adults, regardless of immigration status

Currently, all Washington children from families with incomes of roughly $26,000 or lower (for a single person) are eligible for health insurance coverage through Apple Health — Washington’s Medicaid program — until they turn 19. At that point, many young adults can transition to coverage via their parents’ plans until they turn 26.

But, since federal law doesn’t allow undocumented immigrants to receive Medicaid coverage, that’s not the case for young adults who are undocumented.

Under the recently introduced bill (HB 1697), all young adults who receive “countable income that is at or below one hundred thirty-three percent of the federal poverty level” (for a single person, that’s currently a little over $16,000), are not incarcerated, and are not otherwise eligible for coverage through Apple Health would be eligible for coverage until they turn 26.

The bill’s lead sponsor, Rep. Nicole Macri, said her motivation to introduce the bill came partly from a desire to expand health care to people who need it:

“We have a low uninsured rate in Washington State compared to many other states,” Macri said. “We know that those who are uninsured have to be some of our most vulnerable folks. So, typically- our lowest income people. And we have data that shows younger people are also more likely to be uninsured.”

She also specifically cited a meeting last year with Dreamers — people who came to the US as children and are undocumented, but temporarily protected under DACA — who attend college in Washington.

The students she’s referring to had come to Olympia to talk about Washington’s “Dream Act 2.0,” legislation passed last year that addressed state-based financial aid for Dreamers.

“They were grateful for the actions we were taking, but the other big area of concern for them was they were not eligible for either plans on the Health Benefit Exchange or for Apple Health because of their immigration status,” Macri said. “And, because of that, many of them were totally uninsured.”

Another motivating factor for Macri: the University of Washington is in her district.

Fourteen other legislators signed on to Macri’s bill, all Democrats.

Macri said she’s optimistic that the bill will get a hearing in the House Health Care & Wellness Committee before the policy cutoff on February 22, but isn’t quite as optimistic about a hearing in Appropriations after that.

She’s waiting on final numbers, but estimates that it might end up costing up to $20 or $30 million per year.

If the bill passes, Washington would be among the first states to extend coverage to this population. California Gov. Gavin Newsom recently proposed similar state-based action as part of his budget.