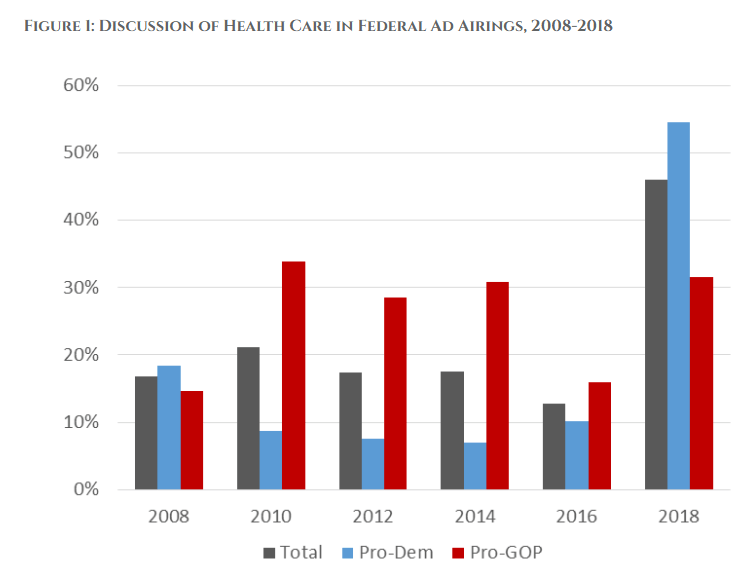 Health care continues to be a key issue in federal midterm races across the country, according to a new analysis by the Wesleyan Media Project.

The inclusion of health care in 54.5 percent of political ads in 2018 represents a sharp uptick for Democrats. In 2010, following passage of the Affordable Care Act, health care appeared in 8.7 percent of pro-Democrat ads. In 2016, that percentage was still at just 10 percent.

For Republicans, health care in political ads peaked in 2010 (33.9 percent), but then declined in prominence in the next election years. 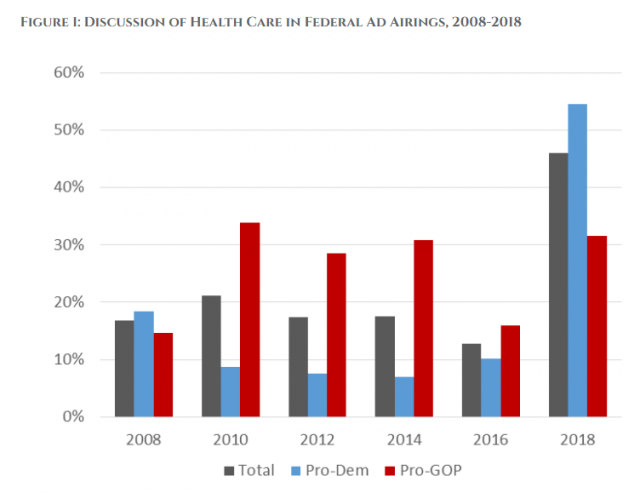 “After the Affordable Care Act passed, Democrats ran away from health care as a campaign talking point while Republicans used the issue as a central point of attack,” said Erika Franklin Fowler, co-director of the Wesleyan Media Project. “Unified Republican control of government has changed the calculus for both parties this cycle with Democrats going on offense and Republicans searching for new ways to talk about the issue.” 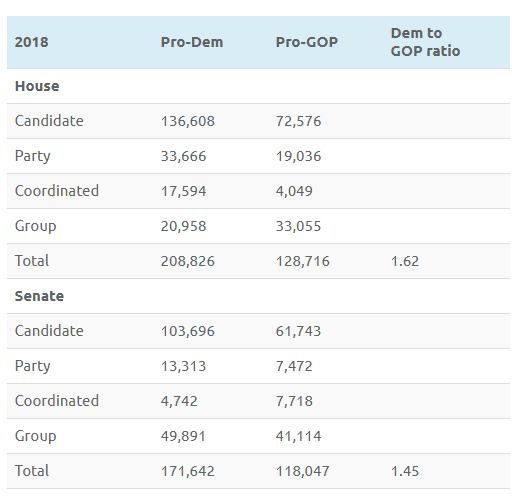 In Washington State’s Senate race, there were 1,559 ads aired during the month-long period, at an estimated cost of $500,000. Of those ads, 1,461 were sponsored by Democrat Maria Cantwell with 98 sponsored by Republican challenger Susan Hutchison. There were no ads from outside groups or party advertising.

For House Races, Washington’s 8th CD is the only Washington race in the top 20 based on ad airings between September 18th and October 15th. The race between Dino Rossi and Kim Schrier had 6,217 airings during this time period, estimated at $4.2 million. Republican groups aired 961 ads for Rossi, outpacing Democratic groups that aired 246 ads for Schrier. However, ads from Schrier (2,496) and the Democratic party (1,120) give Democrats the advantage in ads during the month with Rossi sponsoring 636 ads and the GOP party sponsoring 758.

This story has been cross-posted at our sister site the Washington State Wire.