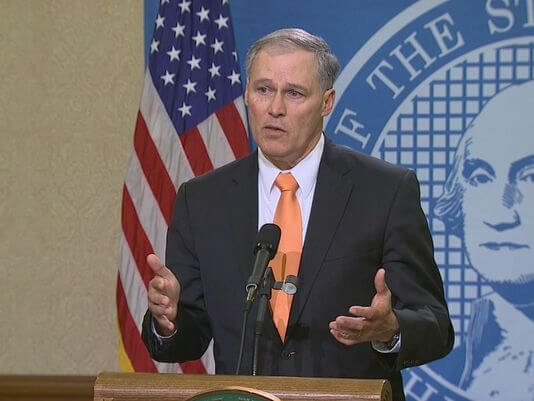 Gov. Jay Inslee came out strongly against the Senate Majority Coalition Caucus’ proposed budget for the 2017-2019 biennium and highlighted the suggested cuts to Western State Hospital.

“The budget does not fund reforms that are already underway at Western State Hospital,” Inslee said at a press conference Tuesday afternoon. “It actually cuts the salaries of nurses and doctors we’ve been working so hard to recruit. We are making progress in those hospitals. It will be going backwards if the Republicans essentially cut our ability to have people working there.”

He also said that cuts to housing programs could lead to additional funding gaps in treating mental health.

“The housing program that helps us keep people out of Western State Hospital is completely eliminated in their proposal,” he said at the conference. “That’s as many as 4,600 people who can become homeless as a result of gutting that program.”

The MCC’s budget proposal’s take on collective bargaining contracts could also have a heavy impact. Instead of planning on pay increases as outlined in contracts, the budget proposal would give public employees raises of $1,000.

Western State has been through some rocky years. It’s been chronically understaffed, faced security problems and was dubbed the “single most violent workplace in Washington state,” according to a 2016 Seattle Times article.