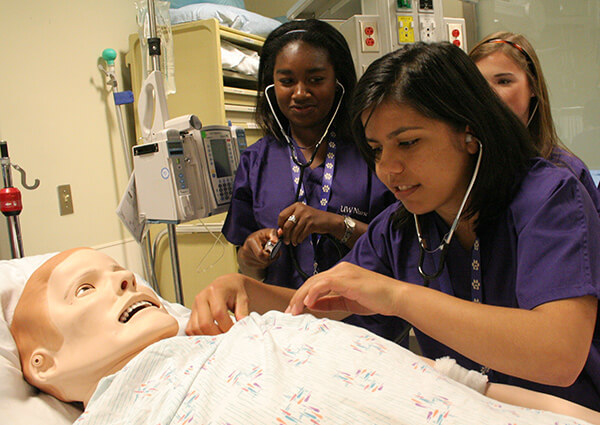 Compared to other major issues gripping the health care sector, such as the potential collapse of the individual insurance market, a looming shortage of nurses is not getting much attention. The numbers are serious, though: The United States will experience a shortfall of nearly 200,000 nurses by 2020, according to a study by researchers at Georgetown University.

There are almost 3.5 million nursing professionals working in the country today, forming the largest segment of the nation’s health care workforce. As the nation’s population grows older and the demand for health care services increases, the economy will add another 1.6 million nursing jobs in the next four years — 193,000 of which will go unfilled, the study found.

This presents each state with the unique challenge of training and retaining enough nurses to meet an imminent surge in demand.

Here’s a look at what Washington is doing to ensure it has enough nurses to care for its population in the coming years.

In 2008, The Robert Wood Johnson Foundation (RWJF) and the Institute of Medicine (IOM) launched a two-year initiative to first assess, then transform the nursing profession. In a subsequent report, IOM concluded that tomorrow’s nursing workforce needs to be better-educated and more diverse.

Washington has since received a pair of two-year, $300,000 grants from the foundation. The most current grant, awarded in 2014, is set to expire at the end of August.

The state has put its grant money primarily towards increasing the percentage of nurses with a BSN or higher degree to 80 percent by 2020 — a key recommendation of the report. One recent study linked a 10 percent increase in the proportion of BSNs on hospital units to a 10.9 percent decrease in odds of mortality.

Sofia Aragon, executive director for the Washington Center for Nursing (WCN), said her group is encouraging students to earn their BSNs early.

“If we get them to do that at an earlier age, they’re positioned to be educators,” Aragon said.

Currently, less than half of qualified candidates gain acceptance into Washington nursing schools, she said, which reflects a lack of resources.

WCN has also implemented a diversity mentoring program on the east side of the state, which pairs nursing students and new nurses with experienced nurses. The idea being that “if we have a more culturally competent workforce, health disparities aren’t perpetuated,” Aragon said.

Still, Washington lags behind some other states in terms of “supply data,” which it does not collect for its nursing workforce. This includes detailed information such as what type of degree a nurse holds and information about his or her employer.

“There’s a huge potential for the Department of Health to start collecting this information,” Aragon said.

The role of the Center for Nursing would be to conduct the analysis.

“What’s key is for us to be able to collect data and do studies,” she said.