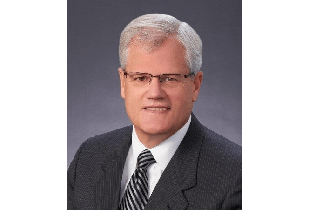 SEATTLE—Scott Bond, who has been President and CEO of the Washington State Hospital Association since 2011, has announced he will retire in January of 2017.

“It has been a great privilege to serve as CEO of WSHA,” Bond said. “As I have said to my board and my staff, there is much yet to accomplish in the months ahead, and I’ll be devoting my full energy to advancing our ambitious goals. I care deeply about this state and our diverse and wonderful communities. WSHA has been a wonderful place for me to be for the last five years, and I’ve been honored to work with a staff that is truly, deeply committed to making health care better for everyone in Washington. I look forward to continuing to support their work and to ensuring a good transition to the next generation of leadership.”

“WSHA has a long tradition of excellence in policy, patient safety and member service, and in the last five years, Scott has really refined those qualities in the organization,” said WSHA Board Chair Gregg Davidson, superintendent and CEO of Skagit Regional Health. “He has re-energized both WSHA staff and membership, and is leaving an association that is poised to take on the next generation of health care challenges. Because of his leadership, we have a nationally known patient-safety program, a safety net assessment that is supporting hospitals that serve Medicaid enrollees, and a strong record of successful advocacy and partnerships in the policy arena. We could not have hoped for more.”

The WSHA board hopes to select a new executive by the association’s annual meeting in October, and has selected national search firm Korn Ferry to identify a new CEO. The search committee is headed by Elaine Couture, RN, regional chief executive of Providence Health Care’s Eastern Washington Region and WSHA’s incoming board chair.

“WSHA has had only three CEOs in its almost 85-year history, so we’re taking this very seriously,” said Couture. “WSHA is in a strong position and has strong talent. There are also big challenges ahead in health care to plan for. The next leader will guide WSHA members through major transitions in care delivery, population health and controlling health care costs. We need a leader with a vision for how health care is going to be delivered in 10, 20, even 30 years, and who has a strong commitment to working with other organizations to achieve that vision.”

About Scott Bond
Prior to joining WSHA, Scott worked for the Providence Health and Services for more than 25 years. In his last assignment, he served as chief executive for the Providence Health & Services, Southwest Washington service area. Scott is a Fellow in the American College of Healthcare Executives (ACHE). Scott has a long history of involvement in the hospital association, having served as an at-large member of the WSHA board, a member of the WSHA executive committee in 2002-2004, and chair of the WSHA board in 2004-2005. He also served on numerous WSHA board committees and led special projects at the request of the WSHA executive committee.

Scott received his master’s in health administration from the University of Washington, after completing his Bachelor’s degree in Economics at Central Washington State University. Scott and his wife, Renae, live in Olympia. They are the proud parents of four sons and the grandparents of three granddaughters and a new grandson.

Scott currently serves on the board of the Association of Washington Business (AWB) and has been a board member of CHOICE Regional Health Network, the Washington Center for the Performing Arts, the Hands-On Children’s Museum, the American Cancer Society Washington Division, and other community organizations.

About WSHA
The Washington State Hospital Association works to improve the health of all Washington state residents by being active on key issues of policy and quality. WSHA represents more than 100 hospitals and health systems in the state, including those that are non-profit, investor-owned, and county, state and military hospitals. For more about our membership, see our membership brochure on http://www.wsha.org/about/.

The Triple Aim guides our members and our work, as we strive to improve the patient experience, improve the health of populations and reduce the cost of health care. To see more about our strategic plan, visit http://www.wsha.org/about/strategic-plan/.