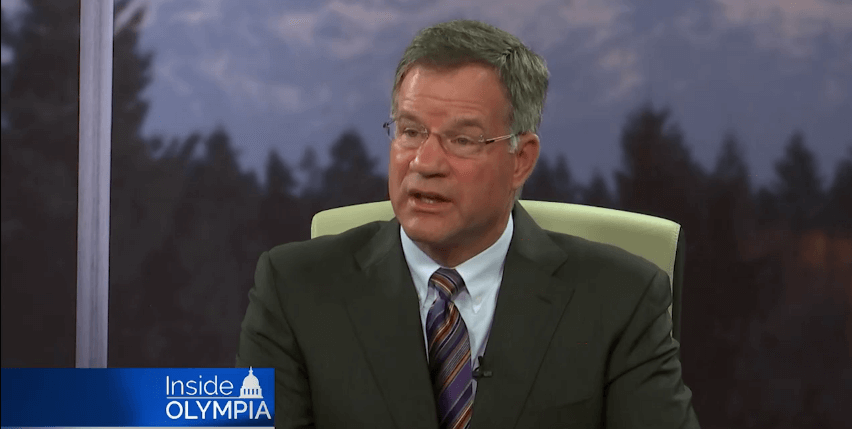 Gov. Jay Inslee’s statement on Monday that he would begin vetoing the 35 bills passed by the state House and Senate if he doesn’t see a budget agreement by March 10 has been grabbing headlines. The House has proposed $500 million more in spending than the Senate, and the Governor says that table negotiations “need to pick up the pace substantially” if they are to make the Thursday deadline.

But just how far apart in line items and overall philosophy are these table negotiations?

In a video, released on TVW’s “Inside Olympia,” House Budget Chair Rep. Hans Dunshee (D-Snohomish) had this to say about the Senate’s approach to mental health which he contends takes money out of the RSN to the detriment of the system:

“If you look at all the numbers, they actually took money out of mental health at the local community level,” said Rep. Dunshee. “Western State is definitely in a bad state, but they take it mostly out of local community stuff. Whereas, we think we have to do this locally and out in the community where you are closer to your family and nimble. Their philosophy is constraint and our philosophy is that we need to do these things, and they need to be done.”

“The House budget, besides spending $500 million more, whereas we are spending $34 million, doesn’t have the fiscal discipline going out four years. Those are the real challenges and that’s a big philosophical difference,” said Sen. Dammeier.

When asked about the possibility of walking away without a supplemental budget, Sen. Dammeier reponded with some hesitation:

“Could it be done? I don’t believe responsibly. There are some important things that need to be done.”

Rep. Dammeier named wildfires, mental health, and homelessness as three areas that the legislature must reach an agreement to responsibly serve its constituents. However, he stood firmly that a special session is not on the horizon.

“I don’t think we need to go into an over time solution,” said Dammeier. “I believe our budget addresses those issues responsibly, and I’m hoping the House Democrats can come to that realization quickly.”