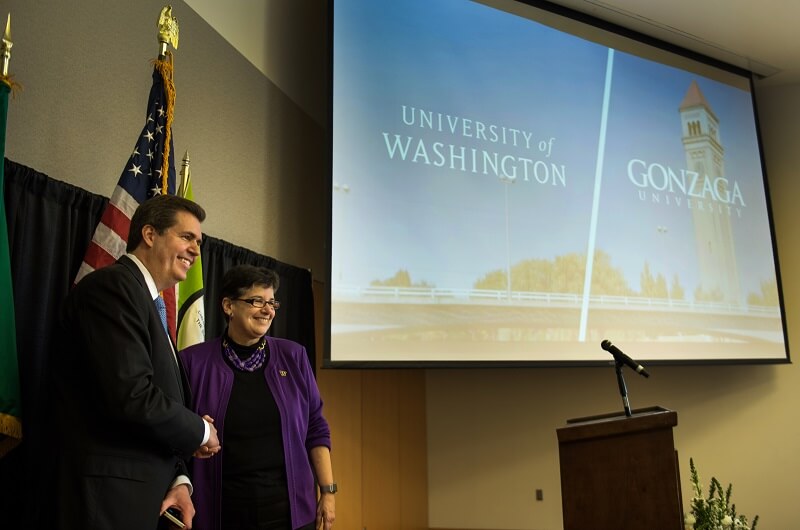 Gonzaga University’s President Thayne McCulloh joined State of Reform to discuss the details of the recent announcement of partnership with University of Washington Medical School to support medical education and research in Spokane.

President McCulloh spoke candidly about the program’s sensitivity to retaining workforce in the region as well as the evolving demands of the medical profession. He also reflected on the potential growth of Gonzaga campus facilities and tackles head on the issue of competition between the UW and WSU medical programs.

He requests that readers bear in mind that answers may be partial at this early stage of partnership.

“The way this partnership is set up, Gonzaga is doing a portion of what needs to be done in support of the University of Washington’s long-existent program,” said President McCulloh.

Announcement of the partnership between University of Washington and Gonzaga University for medical education and research in Spokane on Wednesday, Feb. 24, 2016. / Source: Rajah Bose

JJ Lee: It seems like Gonzaga will adding a lot to this relationship in terms of its community partners and of course facilities. Could you talk us through this partnership and the role Gonzaga will play?

Thayne McCulloh: Initially, what we offer is a place for the program to actually operate (on our campus). As simple as that is, with the emergence of Washington State University (WSU)’s plans for the Riverpoint Campus and the facilities that it controls on that campus, in the near term [UW] required facilities to support its medical school and related programs.

That raised the question, since the University of Washington was assuming that the partnership with WSU would continue, where do they go?

In the immediate term, the first part of the solution that we bring is the facility, that will actually host the medical education classroom on our campus. We will also provide services to the [incoming] students in the same way that we provide to all of our students—our health center, counseling center, and various forms of academic support that have been specifically identified. All of that additional work will be supported by Gonzaga.

Certainly, there is interest from our faculty to teach. My belief is that we will be complementing the clinical faculty who are currently employed by the University of Washington with our faculty in the sciences.

JL: How will the new UW Medical/Gonzaga University program focus on building the primary care pipeline, specifically in retention of physicians in Eastern Washington since receiving training somewhere doesn’t guarantee that you’ll stay there afterwards?

TM: That’s very true. When I think about this question, what occurs to me is that obviously where people do their undergraduate schooling is not a particularly good predictor of where they will end up, but where they do their residencies tends to be a much stronger predictor.

There are a significant number of residencies in Spokane and in the Eastern Washington region that have long been a part of the UW’s WWAMI program. Part of the answer [to retention] will be in attempting to grow and develop additional clerkships and graduate medical school opportunities for students in the region. I’m confident that this is part of not only the University of Washington’s agenda but more broadly Spokane’s agenda.

As I’ve talked with doctors who have decided to plant themselves here in Spokane, no small part of the reason that they’ve chosen to do so is because of things like the quality of life, the cost of living, educational opportunities for their kids, and general ethos of the community.

JL: How do you see the public demands of the population changing, and is medical education changing fast enough to keep up?

TM: There are so many things going on in this space, it’s hard to get our heads completely around it. One of the major issues that is effecting the provision of healthcare is the demographic of those who are nearing retirement.

In combination with the very large number of individuals who are moving into their 60s and 70s, people are living much longer. Some of the medical issues that need to be managed are a function of the literal size of the population and the care complexities surrounding age related issues.

The challenge in this country of effectively meeting the needs of this large demographic alongside other emergent issues, is outstripping the resources that are available to appropriately meet those demands.

Then you add another dimension of all that we are learning through application of discoveries in genetics. The deeper appreciation of the role that genetics plays on solving a whole host of diseases and issues, quite frankly, twenty years ago there was no entry or visibility on. That fact increases exponentially the demand for people who have competency in this space.

In a sense, advances in technology and bioinformatics actually create a new problem for us of scale. We now understand much more deeply what is going on with people who are suffering from diseases, but we don’t necessarily have the people trained up at the same rate that information is becoming available to apply that information and successfully address needs.

The trends that I see portend a great deal of need for investment by the nation in this space. If we fail to do that, we will see that increasing numbers of people are not receiving the attention that they could and should be given. 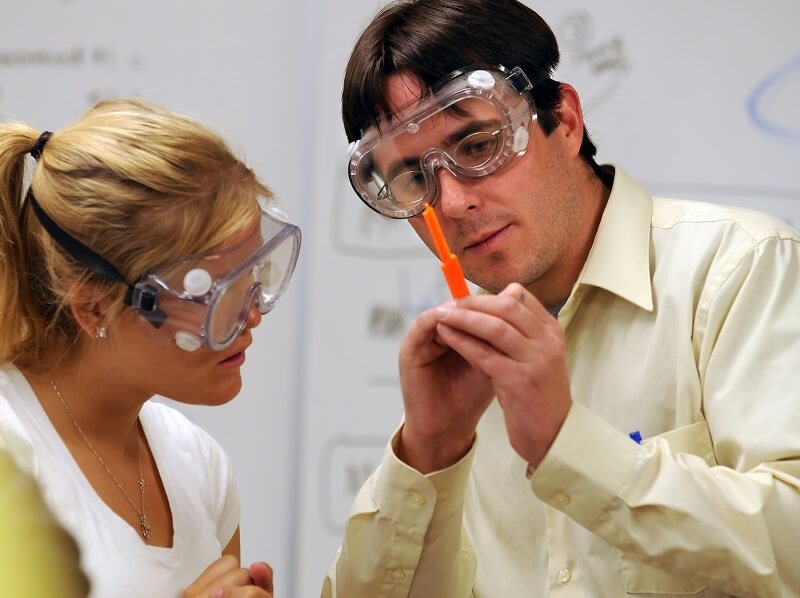 JL: The elephant the room is the perception of competition between WSU and UW. What does this new partnership between Gonzaga and UW mean for WSU in terms of funding or admissions? Is there enough need in this market to support both institutions?

TM: The key to the answer is actually operative in the use of the term “market.” I think that there’s absolutely no question that the number of qualified and well-prepared medical doctors and more broadly medical health professionals that are coming out of schools of medicine and health care programs is completely inadequate to the needs of the nation. There are a number of studies across the terrain to support this point.

But it’s going to require new and different ways of organizing medical [education] as well. If we look at what is happening too narrowly and view these two schools in isolation—or if we look too specifically at Spokane and what it is trying to do in this moment and what it can manage, we deny ourselves the opportunity to look more broadly at not only the entire state but the entire region.

My short response to your question is that I don’t think these two programs necessarily have to be, or be perceived as being, in competition with one another. Given the dire needs that exist, the many places that doctors need to go, and the issues that we are trying to deal with not only in the state of Washington but regionally, it is imperative that people who are involved with trying to do the work collaborate with one another at the table about how to make these programs complimentary so that they are not [competing with] one another in a way that they don’t have to be.

The [UW and WSU] programs can complement and contribute to the success of one another and to the superordinate goal of delivering into the tremendous need medical professionals who are capable and committed to helping us wrestle with these [health care] issues.

The UW WWAMI, Gonzaga-based program will welcome 60 new students in the fall of 2016. This is still a very small number of people who are needed relative to the demand given the aging population and the evolutions that are going on in health care delivery.

It’s imperative that we work together and make a strong argument for why both of these programs need to exist and need to support the state.

JL: What are some next steps in implementing the UW/Gonzaga partnership?

TM: For this partnership to be successful longer term, we will have to ensure that we can provide the state of the art environment at the scale at which the program seeks to exist. That will necessary take us into some places that are different from where they are today.

The facility that the program is going to be taught in is adequate at the current scale, but if growth is on the horizon—which is certainly the desire for the WWAMI program—some things will need to be addressed. That is coupled with the fact that there are some elements of the facility that had previously been hosted at the Riverpoint Campus which we can’t host since we don’t have those components today. It will be a question of whether Gonzaga will create them, or if we will support the University of Washington with identifying them elsewhere in the community. We’re going to have to take a look at what our capabilities are in regards to the physical facility.

We also saw this particular program as a point of entry into active, applied health care related research for the region. Our belief is that this is very much a part of what the UW also sees as a component of this partnership. We are excited to work with them on the question of what that research effort actually looks like and how we put that together.

We’ve got quite a bit of work to do—even in the short term—but it’s very exciting work.