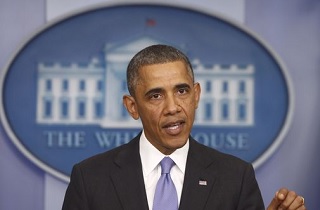 President Obama signed the Protecting Affordable Coverage for Employees (PACE) Act into law on Oct. 8, blocking a transition in the definition of “small employer” set to occur on Jan. 1, 2016. The Affordable Care Act mandates that the classification of small employer, currently defined as 1-50 members, would be expanded to 1-100 members with the start of the New Year. The announcement comes after many health plans have already finalized their rates with state regulators.

The PACE Act, sponsored by Congressman Brett Guthrie, R-Ky, passed both chambers unanimously with strong bipartisan support. Supporters of the bill say that it will prevent premiums from rising for an estimated 3 million consumers in 2016 and lead to more taxable revenue for the federal government.

However, in Washington state, Commissioner Mike Kreidler maintains that the change would have been good for small employers. He reveals that health insurers in the state were instructed to price and were subsequently approved assuming the pending change.

“I supported this move [in definition of small employer] because I believed it would help create a more stable insurance market for our small employers. I even traveled to Washington, D.C. last month to testify against the PACE Act an in support of the changes we’ve already made here in Washington state,” said Commissioner Kreidler.

Read the Commissioner’s Sept. 9 testimony before the U.S. House Energy and Commerce Subcommittee on Health opposing the PACE bill.

While the bill itself passed without much fanfare, ACA critics such as Grace-Marie Turner of the Galen Institute, have noted that the timing is “just under the wire,” and could create complications for plans.

Commissioner Kreidler stated that his agency will be communicating with health plans and producers on next steps to comply with the federal change. The Office of the Insurance Commissioner may also consider allowing a “one-time quarterly update of rates.”

“Despite my opposition to this bill, I will support the President’s decision and implement the new change in Washington state as smoothly as possible,” said the Commissioner.

According to a report by the Congressional Research Service, this is the fourteenth substantive change to the ACA signed by President Obama.