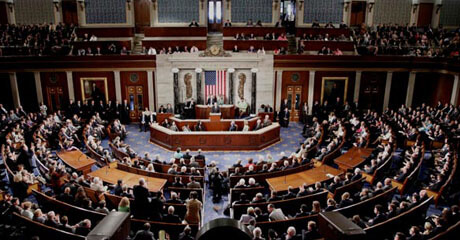 The U.S. House of Representatives announced Oct. 26 that it has reached a two-year budget agreement which, if passed, could amount to a $1.8 trillion deficit reduction. But a health care provision within this proposal regarding site-neutral provider payments has the health care community divided.

According to the White House Office of Management and Budget, savings proposed in the budget come “primarily from reforms to health programs, our tax code, and immigration.” Treatment of New Off-Campus Outpatient Departments of a Provider (SEC.603) mandates that all new hospital-based physician services offered in “off-campus” locations be eligible only for Medicare payments equal to the physician fee schedule.

The proposed deal could go to vote as early as Oct. 28. Both supporters and opponents have been vocal in their stances on this issue.

Opposition
The Washington State Hospital Association (WSHA) released a call to action on Oct. 27 urging its members to oppose site neutral payments in the federal budget deal. In the letter, WSHA argues that hospitals which are still integrating physician practices into their outpatient departments will be most heavily impacted.

“Because of their access to hospital inpatient services, hospital-owned clinics are more likely to have patients whose needs are too complex for a free-standing clinic.” said Claudia Sanders, Senior Vice President for Policy Development at WSHA. And in many places in our state, hospitals acquire failing physician clinics in order to ensure the services remain in the community. So a payment structure change this dramatic would make it harder for communities to have access to primary and specialty care, and Medicare patients would suffer the most from the lack of access. That is the exact opposite direction for us to be going.”

Sanders explains that the short-term money saved by such payment cuts will have long-term ramifications to states.

“The federal budget writers estimate they will get a $7.5 billion over 5 years from this change, but they haven’t provided state-by-state breakdowns of fiscal impact. The effect is less about the fiscal impact and more about the access impact,” said Sanders.

WSHA’s position is backed by the American Hospital Association who is working on the national level to oppose this change.

Support
The Alliance for Site-Neutral Payment Reform wrote a letter to House Speaker John Boehner and other members of the U.S. House of Representatives in January strongly advocating for this change.

The organization cites rises in healthcare spending “that pose threats to the sustainability of the Medicare program” in arguing for the urgency of this system change.

“Medicare policies today often allow significantly higher reimbursement for essential healthcare services that are provided in hospital outpatient department (HOPD), even when the same service or treatment is available in a physician’s office—which is a concern when the specific service is not dependent on the hospital facility and its associated technologies,” states the letter.

The group also cites a report by the IMS Institute showing that Americans pay more for cancer treatments because individuals generally receive care from oncologists whose practices have been bought by hospitals.

Upon news of the inclusion of the provision, the Alliance responded by saying that it was a “positive step forward in addressing unfair payment disparities for identical clinical services provided in different settings, which are shown to increase costs and encourage market consolidations that limit patient access.”