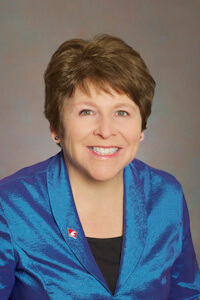 We are excited to begin our 2015 Inland Northwest State of Reform Conference with Morning Keynote Speaker Lisa Brown, PhD, Chancellor of WSU Spokane and former Senate Majority Leader. She will be joined by her former aide, current State Representative Marcus Riccelli (D-Spokane), who will moderate the discussion on policy, politics and the future of medical education in Eastern Washington.

Lisa Brown has been a giant in Washington politics for nearly two decades. Now the leader of Washington State University Spokane, she will help usher in the University’s hard fought effort for approval and funding of its own medical school.

What is her vision for the medical school? How will it interact with the University of Washington after a bitter battle during the legislative session? The only way to get the answers to these and other questions is to join us on September 15th!