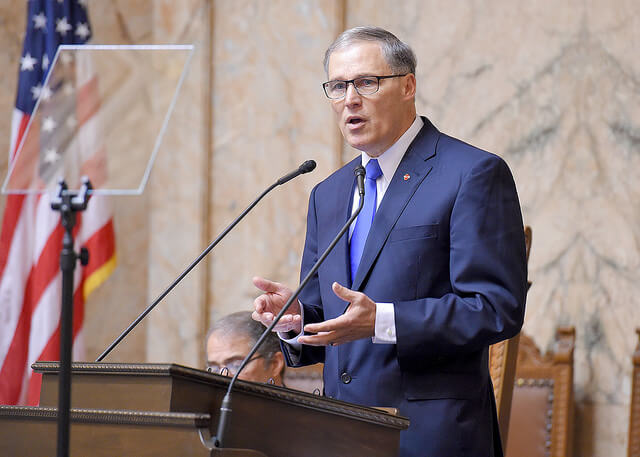 OLYMPIA — Last week Governor Inslee signed SB 5084 into law, which will move forward the all-payer claims database in Washington state. This database is intended to improve health care cost and quality transparency by appointing a lead organization to compile and distribute Medicaid and commercial claims data.

Introduced at the request of the Governor, SB 5084 is the second bill regarding an all-payer claims database in the last two years. The first bill, HB 2572, passed in 2014 and directed the Office of Financial Management (OFM) to establish the database of Medicaid and Public Employee Benefits Board (PEBB)  data as well as appoint a lead organization to manage it. Since limiting it to just Medicaid and PEBB left a considerable gap in the data, new legislation was introduced to address the initial bill’s shortcomings.

After signing the bill, Governor Inslee said in a statement:

Last year there was a lot of disagreement about the All Payer Claims Database. While the information collected in the database can significantly help us improve the quality and cost of health care, there were important differences of opinion to work out. This year, the different groups came together – my office, insurers, providers, advocates, the Washington Health Alliance, small and large businesses and local governments – and worked constructively to resolve their issues. The people of the state are the winners. Quality and cost information are now going to be available to all of us.

The new law will go into effect July 24th of this year. The lead organization must be selected and certified by the Centers for Medicaid and Medicare Studies by the end of 2017.