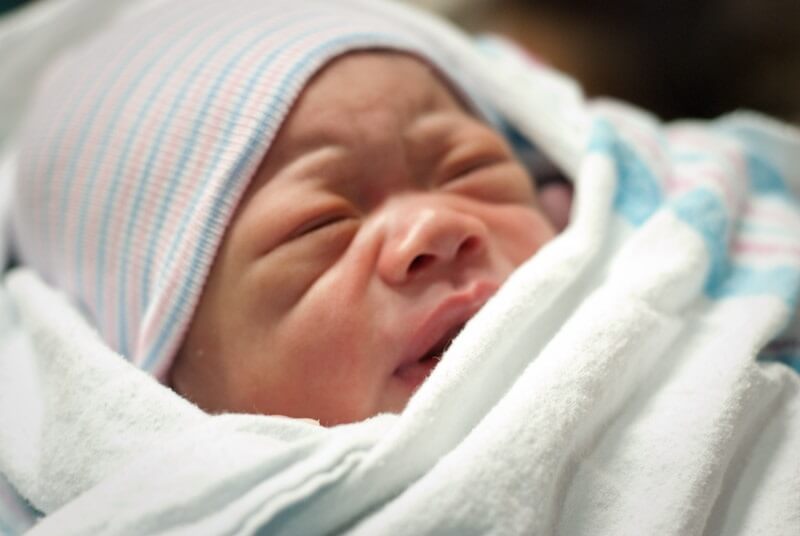 OLYMPIA — The Washington Health Care Authority (HCA) has announced that Washington Apple Health will no longer reimburse physicians and hospitals for elective birth inductions before 39 weeks without documented medical necessity. The policy, effective Oct. 1, seeks to promote the health of mothers and children in Washington by decreasing the number of non-medically necessary c-sections.

Dr. Daniel Lessler is the Chief Medical Officer at the Washington Healthcare Authority (HCA). We sat down with Dr. Lessler to hear more about the change that is coming for women in Washington.

MP: Can you tell our readers a little bit about the HCA OB Initiative?

DL: I’m not sure I’d call it the HCA’s initiative. Let me back up and provide some context. There has been, over the past several years, ongoing work across multiple stakeholders to improve obstetrical care in the state and particularly around reducing c-section rates and early elective deliveries where there isn’t a medical indication for women who are between 37 and 39 weeks in their pregnancy.

The HCA has been a part of that work all along.

Three years ago, the Bree Collaborative–which is a legislatively created stakeholder group of clinicians, purchasers, plans and others, came together to identify best practices in those areas where there is a high degree of practice variation and associated high costs.

The Bree came out with a set of recommendations with respect to obstetrics that were focused on trying to reduce unnecessary c-sections and in that context, the topic of early elected delivery. And there has been ongoing work to do just that-with a fair degree of success-by the obstetrical leaders from across the state, the State Hospital Association, the Foundation for Healthcare Equality, and others.

[HCA has], for the past several years had in place, something called Medicaid quality incentive, which is when Medicaid holds back some money from reimbursement to hospitals and then hospitals can earn that back through achieving certain quality bench marks.

MP: What population health trends has the HCA/Bree Collaborative observed in relation to these procedures?

We have seen a reduction in early elective deliveries from 15% to less than 2%. The c-section rate over several years has been coming down for both for nulliparous term singleton vertex (NTSV) deliveries – which is a rate that is commonly used to track c-sections because it adjusted out risk – so basically in a low risk population, what is the c-section rate.

That has been coming down, as has the primary c-section rate – the first c-section in a woman regardless of whether she has had a child before or not. So we are seeing marked improvement in early elective delivery and c-section rates.

There are times when early delivery is necessary. 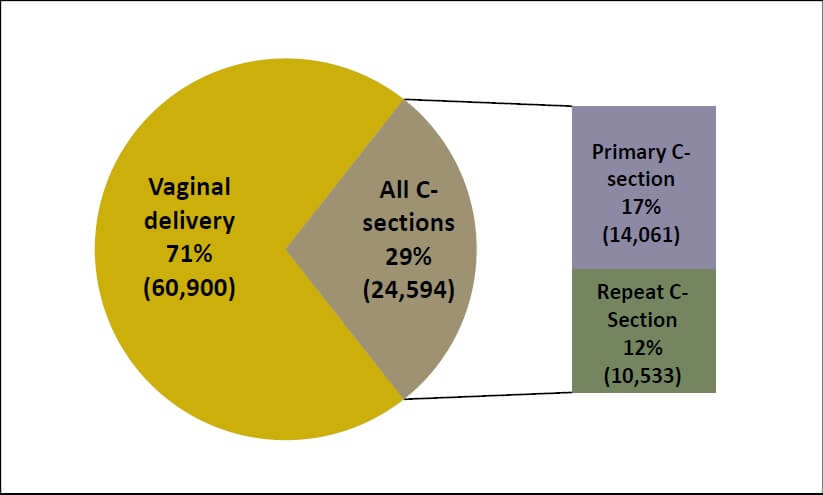 What we are trying to avoid is having a early delivery, when there is no need. What we know is that in kids who do deliver before 39 weeks as they grow they are at higher risk of learning problems in school and so forth.

We have about 80K births in the state per year, and Medicaid pays for about half of those.

You can see from a public health perspective, if you reduce unnecessary early elective deliveries you will improve population health over time.

Likewise then with c-sections, once a woman has a c-section, she has an increased risk for complications of pregnancy in any subsequent pregnancy. So, if we can decrease the number of c-sections when there is not a medical indication, those women who may go on the have another child, will not be at risk of complications because of a prior c-section. Those complications can lead to poor outcomes for the baby and the mom. So as we see that c-section rate coming down, with such a large population of births in the state that has implications for population health over the long haul.

MP: What are some reasons that a woman may choose to have an elective induction before 39 weeks that does not meet the agreed-upon criteria for medical necessity?

DL: I think that key here is women being well-educated and engaged with their provider who is taking care of them during pregnancy so that they understand why there is a goal to get to 39 weeks.

Sometimes that’s not possible, and that’s okay, but the goal is for women to understand the risks to their babe of not getting to 39 weeks. So that’s first and foremost. 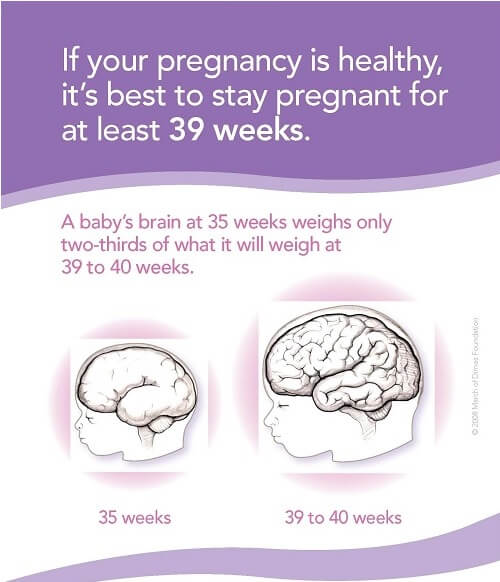 The kinds of things that are talked about in terms of how the rate became as high as 15%- a lot of people talk about convenience, particularly in society where you might have a single mom who works, or a dual career couple, there can be social or family needs that lead people to ask: could we do this early because of this or that benefit.

I think increasingly as the obstetrical community has taken on this issue and recognize the importance of not doing early elective delivery, that there has been much more emphasis on educating women early on, from the start of pregnancy to carrying to 39 weeks.

My sense is, when women learn and understand the potential risks to their baby are, they will carry to 39+ weeks unless there is a medical necessity.

MP: How will the policy to stop reimbursements to physicians or hospitals improve the public health?

DL: So the way this is being set up on the Medicaid side, is a billing guideline and what that means is that the delivering clinician will need to demonstrate medical necessity by documenting it in the chart.

MP: What type of push back have you received from stakeholders or the public?

DL: Having conversations with the obstetrical community, they have voiced concerns that we are working to address, because there are grey areas here, and they just want to be sure that if, in the best clinical judgment of the delivering provider, that there is medical necessity, and it’s documented, that it will be adequate.

And although we haven’t finalized this, if there is a situation from the HCA’s perspective where there is a question as to whether an early elective delivery actually was clinically indicated, we are planning to set up a process whereby that will be reviewed by respected obstetrical clinicians from the OB community to look at circumstances, and they would provide us with their judgment as to whether it was medically necessary.

So really, I don’t think that this would be often, after all, we are at less than 2%, and we have already been using a process exactly like this on the Medicaid quality incentive side. So we have gotten feedback, and we are taking that to heart. I think we are working collaboratively, and because of that, particularly in the context of the Medicaid quality incentive, we have a very good process that we can adapt to this particular payment policy. 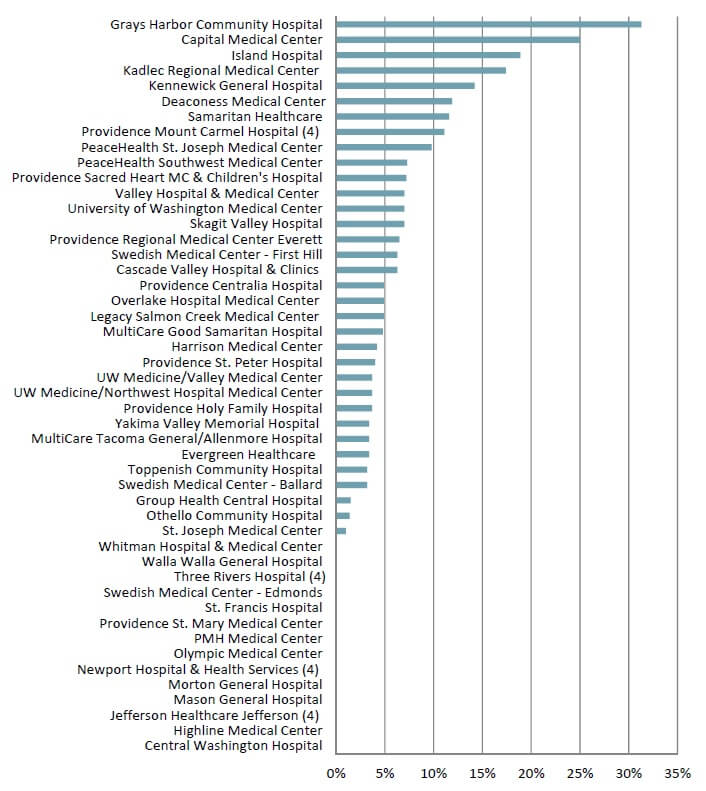 Elective Deliveries between 37 and up to 39 weeks not medically necessary, 2011 / source: Washington State Hospital Association (WSHA)

MP: Thank you for speaking with us and letting us know more about this initiative.