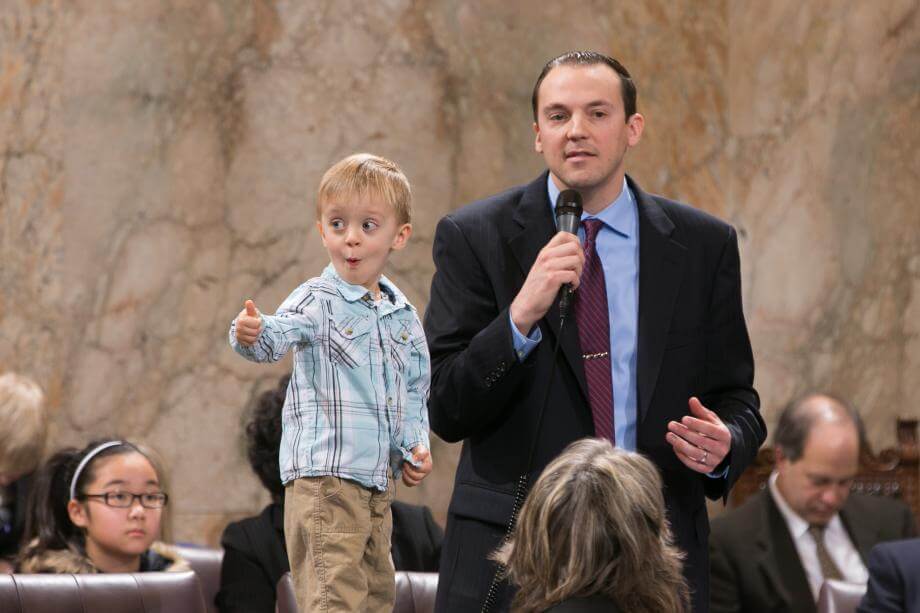 HB 1365 would ensure screenings called for by Bright Futures are covered for Medicaid enrollees.

OLYMPIA — This week legislation sponsored by Representative Marcus Riccelli (D-3) moved out of the House Health Care & Wellness committee with nearly unanimous approval from committee members. HB 1365 would ensure children on Medicaid would receive universal screenings for autism as recommended by the American Academy of Pediatrics’ Bright Futures Guidelines, which call for infants developmental screenings to be performed at 9 months, 18 months and 30 months, with autism screenings at 18 and 24 months.

Since 2010, private health plans have been required to comply with the Bright Futures Guidelines. However, children on Medicaid currently qualify for only one developmental screening between 9 and 30 months, while a child under 36 months may be screened for autism only if he or she displays signs of being autistic.

Before it was reported out of committee, Representative Riccelli said of his bill, “Children on Medicaid don’t deserve [to have only] one-fifth of the screenings that those covered by commercial plans [do].”

Proponents of the legislation cite a 2012 report by the Washington State Institute for Public Policy which  indicated that fewer than half of children with developmental delays are identified before starting school. The legislation aims to improve early detection in order to ensure that opportunities for treatment and therapy are not missed.

While there is broad support for the policy, the lone nay vote, by Representative Joe Schmick (R-9), cited the bill’s cost hurdle as his reasoning for casting a “soft no” vote.

The cost of the legislation will be a central issue as it moves to the House Appropriations Committee, which will be in charge of drafting a budget proposal in the coming weeks and months.

State of Reform will continue to track this legislation as it advances through the legislature.