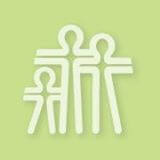 On August 7, 2014, the Washington State Supreme Court issued a decision in the case of D.W. et al vs DSHS and Pierce County, invalidating the use of single bed certification for boarding of psychiatric patients. On September 7, 2014, the court issued a 120 day stay of the ruling, which now goes into effect on December 26, 2014. In requesting the stay, the Department of Social and Health Services (DSHS), with the support of Governor Jay Inslee and the Washington State Legislature, agreed to immediately develop inpatient bed capacity and to report publically on progress 60 days into the stay. This is a report on the status of the additional psychiatric evaluation and treatment bed capacity that has been identified and developed.

When the Court issued its decision, Governor Inslee, with support of the Washington State Legislature, took emergency action authorizing DSHS to spend up to $30 million General Fund-state to pay for 145 additional psychiatric treatment beds. Since the early, emergency response, the plan for beds and the projected costs have been favorably modified in three significant ways:

• DSHS is on track to make available 145 new beds by December 26, 2014 as planned. The exact location of beds has changed due to variations in the amount of time needed to complete licensing, challenges with hiring professional staff, and planned developments not known to DSHS at the time of the request for the stay. The impact of these changes will increase the geographic diversity of the location of new beds.
• Starting October 1, 2014, the federal Centers for Medicare and Medicaid Services approved a waiver allowing the State to use federal Medicaid funds to purchase acute psychiatric services provided to Medicaid clients in facilities larger than 16 beds when those services are provided in lieu of more costly hospital services. This new waiver will result in lower cost to the State for many of the additional beds.
• Budget estimates were refined to account for resources that are already funded under current Regional Support Network contracts.

DSHS is working with the King County and Spokane regional support networks (RSNs) as well as the North Sound RSN to develop additional community-based evaluation and treatment capacity by the end of 2015. Since the Court issued its decision, communities around the state have expressed a preference for the development of evaluation and treatment services in or nearer to their communities. These RSNs are identifying locations, capital and startup costs, and timetables for opening. As beds become available in local communities, the need to rely upon large psychiatric hospitals will decrease.

DSHS is also currently planning to open an additional civil ward at Western State Hospital in mid-2015. Timely admission the state psychiatric hospital for people who have been ordered by a court to receive long term treatment will maximize the use of community evaluation and treatment beds for short term treatment in the community.

In addition to developing additional inpatient bed capacity, DSHS has increased alternatives to psychiatric boarding by amending WAC 388-865-0526 to allow the use of residential treatment facilities and community hospitals for the purpose of a single bed certification when the mental health treatment needs of the individual can be appropriately met in these facilities.

DSHS also revised procedures for single bed certifications to support rapid response to such requests and to assure appropriate use of the procedure.

Summary: DSHS, with the support of Governor Inslee and the Washington State Legislature, is keeping its commitment to develop psychiatric bed capacity while taking steps to control costs and refine bed need estimates.