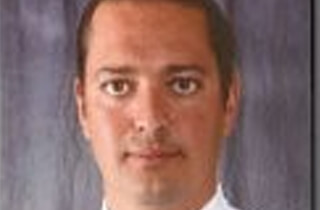 Yesterday, we posted a story regarding a man arrested on first degree child rape charges, who was also a nurse.  The nurse was allowed to continue to see patients, including children, from the point of his arrest until the point at which the Dept of Health suspended his license.

We were unable to speak with anyone from the hospital prior to posting the story.  We worked through an intermediary, who conveyed to us that the hospital had no comment.  We called the hospital Director of Public Relations, as referenced below, but she did not return our call.

I spoke with the CEO of Quincy Valley Hospital, Mehdi Merred, on Tuesday afternoon, and said I would be happy to post any comment he has in its entirety on our site, without edits.  His response is below.  All bolding is from Mr. Merred.  The letter referenced below can be found here.

I am contacting you in regards to the article written by you and published on stateofreform.com on August 12th entitled “Nurse Arrested For Child Rape Allowed to Still See Kids As Patients.”

First of all, I want to take this opportunity to clarify that the “intermediary” you mentioned in the article contacted me last week and left me under the impression that you were going to contact me directly. He advised that I should be prepared to answer your questions regarding this case, although he did not provide me with your name or any other contact information at the time of our conversation. The only direct attempt to contact us was a voicemail from you to our Public Relations Director that you left yesterday morning at 8:08 asking QVMC to respond by 10:00am. Your article was published at 11:00 before I even was made aware of your phone call. In other words, you and I never had the opportunity to discuss the case and therefore QVMC never had the chance to present the facts. Unfortunately, it was sent to thousands of people. As a rural facility, QVMC strives to protect the safety of our patients. Despite our lack of money, lack of resources and lack of personnel, we use (and held to) the strictest standards in our recruitment and employment processes. Your article has the potential in a few seconds to destroy what takes so long to build and protect just because you chose not to contact me directly or made assumptions.

While your article poses an interesting and relevant question: “why was the nurse allowed to continue to see patients, particularly kids, after the arrest”, it contains false and misleading information. From the press release you received on July 31st from the Department of Health, you assumed that DOH was only made aware of this case in July by the Nursing Care Quality Assurance Commission. Beside ignoring the fact that the Nursing Care Quality Assurance Commission is a subdivision of DOH (they at least share the same letterhead), the statement from you indicating that “The Department of Health was made aware of the matter in July” is completely false.

The Department of Health was contacted as soon as we (QVMC) were made aware that Mr. White was going to receive a summons in the mail asking him to appear in court. We were made aware of this fact on April 15th and contacted the Department of Health on April 16th. On April 24th, Mrs. Brandy L. Boczar, DOH Office of Customer Service Complaint Intake Unit, wrote a letter to QVMC (please see attached) indicating that they received our complaint and that “they closed the case as below threshold because the case was referred to the Nursing Quality Assurance Commission.” The same letter indicated that “DOH classifies allegations as below threshold when they pose minimal risk of harm to the public health, safety, or welfare, or they cannot identify a violation of the law”. Along with that statement from Mrs. Boczar, we received a letter from Mrs. Elsner, Nursing Commission Unit, indicating that Mrs. Barbara Justice, Nursing Care Quality Assurance Commission, was the assigned investigator to our complaint. This statement was the last statement we received from DOH or the Nursing Commission until Mr. White’s license was suspended on July 31st.

Meanwhile our Chief Nursing Officer was in continuous contact with the Douglas County Prosecutor’s office to ensure that QVMC was kept appraised of any changes in Mr. White’s case or status. On April 28th, Douglas County Superior Court filed an order for pretrial release of Mr. White, in which it is stated that “the prosecutor approves physicians and nursing staff at Quincy Valley Medical Center to supervise defendant at work.”

Thus, with no other statement besides the April 24th letter from the Department of Health or the Nursing Commission, we felt that the DOH “classification of the allegation against Mr. White” and the preventive measures we put in place were reasonable enough to protect public safety. As soon as we were made aware on July 31st of Mr. White’s license suspension we took the necessary measures to remove him from patient care. He is no longer employed at QVMC.

Referring to your other article entitled “DOH Revisiting Provider Sexual Misconduct Rules”, after going through this experience, I would definitely welcome stricter standards from the Department of Health. Let us not forget though that in this case, the Department of Health gave us a clear assessment of the situation involving Mr. White: “below threshold”.

Mr. Wilson, I will therefore ask you to publish the entirety of this email in order to correct the misinformation previously suppllied and to minimize the potential damage done by your original statements. Please feel free to contact me directly should you have any questions regarding the information I have provided. I thank you in advance for your prompt attention to this very important matter.