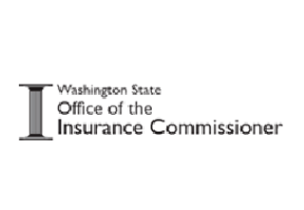 “Today’s ruling by the U.S. Supreme Court is a direct hit against reproductive health. It is an injustice to everyone who has fought for decades to bring health insurance parity to women in Washington state and nationwide,” said Insurance Commissioner Mike Kreidler.  “The court has essentially said that a corporation’s religious affiliation can trump women’s health care choices.”

Under the federal Affordable Care Act (ACA), health insurers must make FDA-approved contraceptives available free of charge, without being subject to deductibles or copayments.

Hobby Lobby argued that it should not be required to pay for employees’ contraceptives because of the religious beliefs of its owners. The corporation argued that it had religious freedom rights that were more important than the government’s interest in protecting women’s access to reproductive health care. The Court sided with Hobby Lobby, allowing certain for-profit corporations to refuse to pay for employees’ contraceptive coverage based on religious grounds. The Court left room for the federal government to find another way to ensure women receive contraceptives.

Washington state has long recognized the importance of women’s reproductive health care. In 1991, Washingtonians affirmed this commitment by voting for Initiative 120, which guarantees every individual the fundamental right to choose or refuse contraceptives. This public policy is reflected in Washington’s insurance rules, which require insurers to cover contraceptives at parity with other prescription drugs.

“It’s too soon to say definitively how this decision may impact consumers’ existing insurance coverage. Now it’s up to Congress or the U.S. Department of Health and Human Services to take swift action in clarifying how women can access these critical health services. If they do not, I will investigate every option we have for maintaining women’s reproductive health choices in Washington state,” Kreidler said.