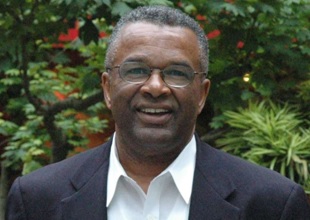 WA: Sims to Replace Stanley as Exchange Board Chair

Today, former King County Executive and U.S. Dept. of Housing and Urban Development Deputy Secretary Ron Sims was appointed by Governor Jay Inslee to replace Margaret Stanley as board chair of the Washington Health Benefit Exchange. With Stanley’s term expiring, she passes the torch to Sims whom she worked with previously in building the Washington Health Alliance.

Sims is retired and served in the Obama Administration for roughly two years as the deputy secretary of HUD where he managed operations including a $39 billion annual operating budget and 8,500 employees. He also served as King County executive for 12 years.

“The Washington Health Benefit Exchange would like to applaud Gov. Jay Inslee’s appointment of former King County Executive Ron Sims as the Chair of the Exchange Board.

Sims brings a wealth of experience and leadership to the Exchange Board both as the founder and former chair of the Puget Sound Health Alliance and Deputy Secretary for the U.S. Department of Housing and Urban Development. With Ron’s guidance, we look forward to continuing the existing cooperative and collaborative relationship with the Exchange Board and building off of the foundation of a successful first enrollment year.

As we welcome Chair Sims, we would also like to thank Margaret Stanley for her monumental leadership as Board Chair over the past two years. Margaret’s extensive involvement implementing reforms in health insurance and health care policy proved invaluable to the Exchange throughout the initial phases of our early development and operation. While her term has come to an end, Margaret’s passion and unwavering conviction to providing a range of quality health plan offerings to Washington families directly contributed to increased consumer choice, enhanced competition and undeniable value to residents here in our State.”