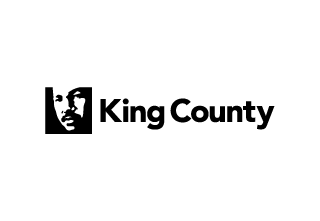 A coalition of partners, empowered by dedicated leadership, helped make the first season of expanded health insurance a success in King County. That’s according to an analysis to be presented on Thursday, May 15, to the King County Board of Health.

More than 165,000 King County residents – the equivalent of a city bigger than Bellevue – enrolled in low-cost or free health insurance during the six-month period ending March 31.

“Federal healthcare reform was hard-won, and presented an opportunity we vowed we would not miss,” said King County Executive Dow Constantine. “Thanks to this regional mobilization, fewer people in King County face the prospect of financial ruin due to illness or injury – and more will get preventive care early, rather than expensive treatment later.”

King County, compared to the 15 largest U.S. metropolitan areas, has the biggest income disparity between those who have and do not have health insurance, notes a resolution presented to the Board of Health. Executive Constantine developed a regional partnership to use the Affordable Care Act and Washington Healthplanfinder as a way to overcome that disparity.

“We did our homework before the enrollment season started – and we knew that in some communities in King County more than a quarter of adults were uninsured. So, we made certain community groups active in those areas got involved in helping people sign-up,” said Dr. David Fleming, Director and Health Officer for Public Health — Seattle & King County.

An analysis of the county’s strategy identifies six best practices – in addition to building a robust network of In-Person Assisters – that might benefit other communities across the country:

Enrollment continues for anyone whose income qualifies for free Apple Health (Medicaid) coverage, or for anyone who experiences a qualifying life event (such as changing jobs or getting married.)

Public Health—Seattle & King County also remains concerned that everyone who gains insurance can actually get access to a health care provider. The number of adults with Medicaid insurance increased by 75 percent since October.

(For copies of the Board of Health Resolution and the staff report, please contact Keith Seinfeld at 206-263-8808.)