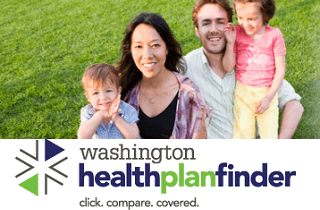 Washington Residents May Still Qualify to Enroll After March 31

OLYMPIA, Wash. – Washington Healthplanfinder today announced that more than 146,000 Washingtonians have now signed up for Qualified Health Plans through wahealthplanfinder.org, with 8,000 of those individuals signing up on March 31. Including new enrollees in Washington Apple Health (Medicaid), more than 550,000 residents have accessed new free or low-cost health insurance options since Oct. 1.

“We saw an unprecedented number of customers accessing our online marketplace and Customer Support network yesterday,” said Richard Onizuka, CEO for the Washington Health Benefit Exchange. “More than 37,000 individuals visited the site to explore their options or complete their applications.”

In addition to individuals accessing new coverage options, 408,000 individuals who have been previously covered through Apple Health have also renewed their coverage through wahealthplanfinder.org for a total of 958,000 residents.

“While we’re pleased with the recent surge in enrollments, we know that many customers experienced issues completing their applications yesterday and the days leading up to the deadline. We are committed to working with those affected to finalize their applications if they were seeking coverage before March 31,” said Onizuka.

The Exchange will also work with those who experienced other problems or technological barriers to completing enrollment. While affected customers will be contacted directly who experienced system errors, customers may call 1-855-923-4633 or email customersupport@wahbexchange.org to report their situation.

Residents may also be eligible to enroll outside of the enrollment period if they have a qualifying life event such as marriage, divorce, having or adopting a child, moving to a new state and certain changes to income. Otherwise, customers may enroll during the next open enrollment period of Nov. 15, 2014 to Feb. 15, 2015 for coverage that takes effect in 2015. More information about special enrollments may be found here.

As a reminder, those who qualify for Washington Apple Health (Medicaid) may enroll at any point during the year, as well as American Indians/Alaskan Natives and Indians eligible for services through an Indian health care provider.

Updated enrollment numbers from Oct. 1 to March 31 are included below. Please note that Apple Health (Medicaid) data is through March 27.

*Note: These numbers reflect enrollments and applications through March 31. Please note that “Average Wait Time after Call Menu Selection” refers to customers who have had an initial point of contact with a customer service representative and entered into wait queues for various areas of enrollment assistance.

Residents who may qualify for a special enrollment period should visit www.wahealthplanfinder.org.

Washington Healthplanfinder is a new online marketplace for individuals, families and small businesses in Washington to compare and enroll in health insurance coverage and gain access to tax credits, reduced cost sharing and public programs such as Medicaid. Washington Healthplanfinder began enrolling consumers on Oct. 1, 2013, for health insurance coverage beginning on Jan. 1, 2014. The first open enrollment period ended on March 31, 2014.

About the Washington Health Benefit Exchange

The Washington Health Benefit Exchange is a public-private partnership established in accordance with the Patient Protection and Affordable Care Act of 2010 (ACA) with the goal to redefine people’s experience with health care through the creation of a new health insurance marketplace for individuals and small businesses. The Exchange is separate from the state and governed by an independent 11-member board appointed by former Gov. Chris Gregoire in Dec. 2011.