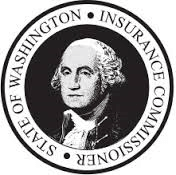 OLYMPIA, Wash. – The individual health insurance market has grown to more than 324,900 people in Washington state, according to updated enrollment information reported by health insurers to the Office of the Insurance Commissioner this week.

“Today’s numbers represent the first significant growth in the individual health insurance market that we’ve seen in four years,” said Insurance Commissioner Mike Kreidler.  “One of the underlying goals of the Affordable Care Act, and what made it so meaningful, was its potential to improve the health insurance market for the people who buy their own coverage. Today’s enrollment numbers clearly show we’re moving in the right direction.”

Before open enrollment began on Oct. 1, 2013, approximately 278,000 people were enrolled in health plans in Washington state’s individual market. Some 238,000 people received discontinuation notices from their insurers and had to find new coverage by Jan. 1, 2014. We estimated earlier this year that 113,000 of those who received notices would qualify for subsidies and 30,000 would qualify for the state’s newly expanded Medicaid program, Apple Health.

We do not have information on how many of the 324,981 people who are newly enrolled previously had coverage or how many had to find new coverage because their old plan was discontinued.

Kreidler’s office sent a follow-up data request to the health insurers yesterday requesting specific demographic information and a breakdown of individual plan enrollment by county both inside and outside the Exchange. This information will be released next month.