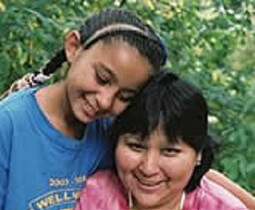 SEATTLE—Today’s release of the KIDS COUNT® policy report, Race for Results: Building a Path to Opportunity for All Children, unveils the new Race for Results index, which compares how children are progressing on key milestones across racial and ethnic groups at the national and state levels. The data can better inform policymakers who create policies and programs that can benefit all children, while targeting strategies and investments where attention is needed most.

The index shows that at the national level, no one racial group has all children meeting all milestones outlined by the report. Using a single composite score placed on a scale of one (lowest) to 1,000 (highest), Asian/Pacific Islander children have the highest index score at 776 followed by white children at 704. Scores for Latino (404), American Indian/Alaska Native (387) and African-American (345) children are distressingly lower.

“Our state’s prosperity depends on the investments we make in all our children,” says Remy Trupin, executive director of the Washington State Budget & Policy Center, which partners with the Children’s Alliance as KIDS COUNT in Washington. “The data show that children of color continue to face a steep climb. It doesn’t have to be this way. We must do better for all children, their communities, and our future.”

RACE for RESULTS INDEX—Child well-being score from lowest (0) to highest (1,000)

By 2018, children of color will represent the majority of children in the United States. The report highlights the barriers to opportunity faced by African-American, Latino, American Indian/Alaska Native and some subgroups of Asian/Pacific Islander children in achieving success in school and in life. And its authors call for an urgent, multi-sector approach to develop solutions.

“Smart policies can close the gaps that put children of color at a disadvantage in life,” says Paola Maranan, executive director of the Children’s Alliance. “We can act to close this opportunity gap, or we can push it wider, swallowing up not only their potential but our shared future.”

The Race for Results index is based on 12 indicators that measure a child’s success for each stage of life, from birth to adulthood. The indicators were chosen based on the goal that all children should grow up in economically successful families, live in supportive communities and meet developmental, health and educational milestones. To compare results across the areas in the index, the indicators are grouped into four areas: early childhood; education and early work; family supports; and neighborhood context.

Important intragroup disparities are hidden within the data’s aggregate categories. For example, test scores of children of Southeast Asian ethnic groups (e.g. Hmong, Laotian, Vietnamese and Cambodian) tend to be lower than scores by children of Japanese, East Indian or Filipino ancestry. Twice as many Pacific Islander third-graders score below grade level in reading as Asian American third-graders, according to the state Office of the Superintendent of Public Instruction.

“Data is one of the key ways to give voice to the struggles of kids in the education system. As such, it’s a disservice to first-generation Pacific Islander kids to be hidden under third-generation Asian American kids,” says Sili Savusa, executive director of the White Center Community Development Association, which works to close the achievement gap in the racially diverse Highline School District, south of Seattle.

“We have to make the data better, so systems and institutions can do a better job of putting together the supports kids need to succeed.”

Savusa also sits on the Board of Trustees of Highline Community College and represents the Pacific Islander community on Gov. Jay Inslee’s Educational Opportunity Gap Oversight and Accountability Committee.

The report’s recommendations name a promising strategy undertaken by our state’s largest local government entity, King County: the use of equity impact assessments to guide government decisions, policies and practices. By examining how a proposed action or decision would affect different racial or ethnic groups as well as low-income populations, an equity impact assessment can maximize equity and minimize unintended consequences for people with the greatest needs and lack of opportunity.

“Race for Results should serve as a state-level scorecard on children’s progress—across all racial and ethnic groups—in meeting important milestones that are critical to long-term success,” says Maranan. “It’s a good way to have a serious and fair-minded debate about how to improve the life chances of all children.”

KIDS COUNT in Washington (www.kidscountwa.org) is a joint effort of the Children’s Alliance (www.childrensalliance.org) and the Washington State Budget & Policy Center (www.budgetandpolicy.org), which work together to pursue measurable improvements in kids’ lives in Washington State.