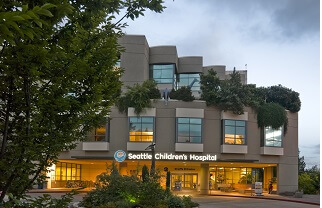 Coordinated Care has quietly reached an agreement with Seattle Children’s hospital under which the pediatric hospital will become an in-network provider for the company’s qualified health plans sold on the Washington health insurance exchange.

Both Children’s and Coordinated Care have been tight-lipped about the development.  Neither has issued a press release, as far as we can tell, and it seems the news has trickled out slowly.

Children’s sent State of Reform the following statement on Friday, and it appears to be the same statement provided to the Seattle Times two days earlier:

Requests for comment from Coordinated Care were not immediately returned on Friday.

There was no hint of the deal during a prehearing conference held at the Office of the Insurance Commissioner (OIC) on Monday, when lawyers for Children’s and Coordinated Care as well as the OIC, Premera and Bridgespan all met with Administrative Law Judge Patricia Petersen to hash out the issues that will be the focus of an upcoming hearing on the contention by Children’s that plans that do not include it in their provider network do not have an adequate network and should not have been approved by the OIC for sale on the exchange.

Ostrom also reported that a separate action by Children’s — its lawsuit against the OIC that named Molina and Coordinated Care — was dismissed last week “because both named insurers had contracted with Children’s.”  Molina reached an agreement with Children’s last October.