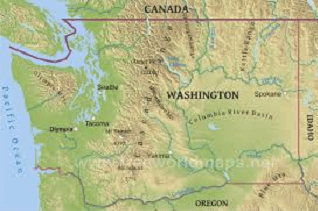 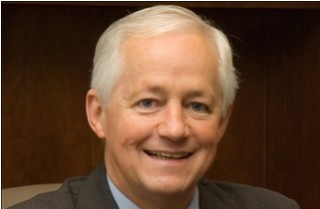 The new draft OIC network adequacy rule contains a couple of elements that could have devastating effects on the delivery system in rural communities.  I outlined the broader rule here.

Here are two subtleties found in the rule which could be dramatic.  Stick with me as a I reason through these.

1. The threat to rural primary care

The “essential community provider” (ECP) proviso was included in the Affordable Care Act as a key element of network adequacy determinations.  CMS has created a list of ECPs, which it calls “non-exhaustive,” and which it says includes categories of providers not otherwise explicitly listed and named.

Rural health clinics (RHCs) are among the provider categories that are listed.  RHCs are usually small clinics, but they constitute almost the entire primary care network in more than 30 of the 39 Washington counties.  Federally Qualified Health Centers (FQHCs) are also part of that network.  In Washington State, there are about 109 RHCs and a handful of FQHCs in rural areas.

Some RHCs are small, like NorthShore Medical Group.  Some are large, like Wenatchee Valley Medical Center.  But neither of those two is listed as an essential community provider on the CMS list.  Instead, both were implicitly included on the “non-exhaustive” list by reference via the RHC categorical inclusion.

Now, neither has to be explicitly included for a plan to have an “adequate network.”

Plans will be deemed to have an adequate network for primary care if they:

demonstrate that eighty percent of the enrollees in the service area have access within thirty miles in an urban area and sixty miles in a rural area from either their residence or workplace to a primary care provider with an open practice.

The rule is mute on whether the 60-mile distance is “as the crow flies” or via travel by car.

Regardless of how the miles are calculated, it now means that the NorthShore clinic in White Salmon, for example, can be cut out of a contract so long as there are primary care providers in Camas — 52 miles away — with an open patient panel.

Now, the worst may not happen, and RHCs like NorthShore may keep their exchange network contracts in place.  But, if not, it’s unlikely they will not see this contracting scenario coming until it is likely too late.

2.  The threat to rural hospitals

There are a number of problems facing rural hospitals.  Among them, they face provider shortages and financing challenges.

In addition to emergency room services, one of the few specialty services remaining in small rural hospitals is maternity and newborn services.  In fact, in some cases, the activity generated from a few births is what provides enough volume to be able to keep a family practice physician in the community.

In other words, when the deliveries go, so too can the volume to support the community physician.  If you lose too many physicians, the remaining physicians are on call too much – sometimes every day.  That soon signals the collapse of the entire hospital itself.

The new OIC rule allows a plan to achieve network adequacy for adult specialty services — like maternity — without any geographic limitations. The rule says that plans:

…Must demonstrate that eighty percent of the enrollees in the service area have access to an adequate number of providers and facilities in each specialty.

In a multi-county service area, with most of the population centered in an urban county, it is easy to see how some rural hospitals could be left out of a network for specialty care and plans could still be deemed adequate.  Losing those deliveries could be the difference between keeping a doctor practicing in the rural areas and not.

And, sometimes losing just one physician is enough to make a hospital untenable.  Just ask the administrators of these organizations.

These two scenarios won’t occur everywhere, but they could occur in some parts of the state.  If they do, it will be because there wasn’t enough stakeholder work done on this rule to have gotten feedback in a timely way.

This rule appears to be rushed (very limited stakeholder work), poorly thought out (no standard application of geographic limitations), and with consequences that could be dramatic, like those listed above.