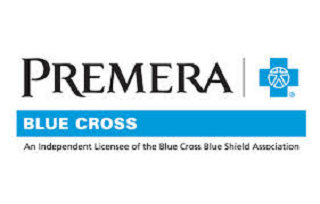 WA: Premera Blue Cross Takes Hits in the Press for Its Lobbying

It’s been a tough week on the public-relations front for Premera Blue Cross.

The pummeling in the press started soon after Senate Health Care Committee Chairwoman Randi Becker, R-Eatonville, stripped the healthcare database requirement from a widely-supported healthcare purchasing bill during a hearing on Thursday of last week.  The bill had already passed the House and has the support of the governor and a wide array of healthcare, business and consumer groups.

The criticism began with a story that ran the following Sunday in the Spokane Spokesman-Review (“Premera Blue Cross’ lobbying leads to dropped health database requirement”).

Reporter John Webster wrote that Becker stripped the database provision from the healthcare purchasing bill “without explanation” and passed it on to the Ways and Means Committee.  He wrote, “A lobbyist for Premera stepped to the microphone and thanked her, but said little about the reasons for his gratitude.”

The battle over the database, wrote Webster, “pits Premera Blue Cross against a broad coalition representing just about everyone who buys, uses, provides or shapes health care: small and large businesses, consumer advocates, tribes, hospitals, doctors, nurses, the governor, the insurance commissioner, the agency that governs insurance for state employees and the poor, and even Premera’s competitors.”

The Spokesman-Review’s story was also republished in the Yakima Herald Republic the following day.

On Tuesday, the Spokesman-Review ran an editorial in support of the healthcare purchasing bill, including the database requirement that had been removed (“Premera, Sen. Becker ruin good bill that would trim health costs”).

The newspaper’s editorial board wrote that Premera objected to the database on the grounds that its rates are “proprietary” and that reporting cost and quality information would be complicated.  However, the board wrote, those reasons are “not a persuasive explanation for why health care purchases must be done blind.”

Also on Tuesday, state Insurance Commissioner Mike Kreidler launched his own criticism of Premera’s lobbying efforts, but in connection to a different bill.  The Office of the Insurance Commissioner (OIC) issued a news release in which Kreidler asserted that Premera lobbyists had put forward amendments that “gutted” an insurance bill, Substitute House Bill 2461, that is designed to protect consumers from Ponzi schemes and financial meltdowns.

“The proposed amendments by lobbyists for Premera Blue Cross would prevent Washington from joining 25 other states that have enacted a national model for protecting consumers,” the release stated.

KUOW reporter Austin Jenkins reported on the commissioner’s criticism of Premera on Tuesday.

On Wednesday, the Puget Sound Business Journal reported on the criticism of Premera’s lobbying efforts at the state capitol (“Premera flexes its lobbying muscle as consumer database is blocked”).

Reporter Valerie Bauman noted that by blocking the database requirement, the state’s largest health insurer “exercised its influence in Olympia, winning a legislative fight even when virtually every other health care stakeholder in the state was in the opposite corner.”

Bauman’s article also highlighted criticism of Becker for her decision to singlehandedly strip the database provision from the bill.  Patrick Connor, state director of the National Federation of Independent Business, was quoted saying he was “very frustrated” with the decision.

Connor ramped up his criticism of Premera’s “heavy boot” in an op-ed published on Wednesday (“Can Anyone Stop the Power of Premera?”).

On Thursday, the Puget Sound Business Journal ran its second story of the week about the growing criticism of Premera, this time reporting on Kreidler’s concerns about Premera’s attack on the insurance bill (“Washington’s insurance chief blasts Premera on transparency issue”).

Today, the Seattle Times weighed in with a story about Premera’s opposition to the two bills (“Bills designed to aid consumers with insurance run into opposition”) and an editorial criticizing Premera for having “snuffed” the legislation (“Premera shrouds transparency”).

The Columbian in Clark County also published an editorial on Friday (“Information Deprivation”) calling the removal of the database requirement from the healthcare purchasing bill at Premera’s urging “deplorable.”

All week, Premera spokesman Eric Earling has reiterated the company’s support for transparency.

In response to Kreidler’s criticism about the gutting of the insurance bill, Earling told PSBJ reporter Valerie Bauman that the company was “a bit surprised by this press release as we support the bill and its goal of transparency and have been working with the OIC and members of the Legislature on some technical amendments.”

The substitute bill that changed the language was sponsored by Sen. Steve Hobbs, D-Lake Stevens.

Both Hobbs and Becker have denied that Premera influenced their actions on the bills.

“I have my own mind,” Becker told Seattle Times reporter Carol Ostrom.