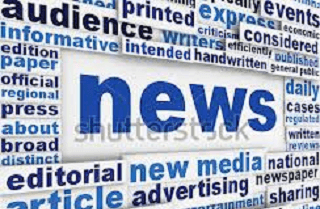 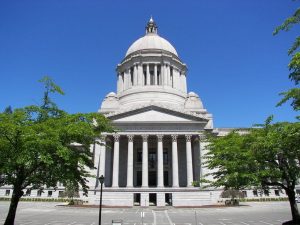 Something pretty amazing just happened in our local media coverage of health care in Washington State:  Premera got hit this week with 8 days of pretty blistering media coverage in multiple outlets across the state for its lobbying in Olympia.

To preface, this comment isn’t on the merits of the policy of the database.  Rather, what has struck me is the strength and range of the backlash to Premera’s lobbying.

Initially, given the scope of outlets, it appeared to us that perhaps some group may have been pitching the angle to media outlets to bring attention to Premera’s opposition to an otherwise well supported provision of the bill.  But, after making some calls to media and stakeholders these last few days, it appears that may not have been the case.

And, if this was independent media coverage outside of any organized lobbying effort, some of it strikes me as not the highest level of journalistic reporting on what is a very complex policy issue.

First, John Webster of the Spokesman-Review posted a story on Sunday, March 2nd, which discussed the work Premera was doing to lobby against the all payer claims database.

We give high praise to the quality of the Spokesman’s reporting on health care this last 9 months, and think Webster’s reporting here was generally very informative and well timed.

The truth is that in Olympia Premera has been repeatedly identified by proponents of Governor Inslee’s signature health care bill for the 2014 session as the only voice of opposition on a complex policy bill.  Premera’s opposition to the bill was related to the database, and Webster was astute to connect the dots there.

Webster said no one called him to pitch the story.  It was something he was following on his own.  “We’re talking about basic reporting here,” he told us.

However, one characterization from his story added a nefarious nature that was unneeded and probably started the media storm which followed.

After some fiery testimony, committee Chairwoman Randi Becker, R-Eatonville, stripped the bill’s most controversial section and passed it on to the Ways and Means Committee for further action. She did so without explanation. A lobbyist for Premera stepped to the microphone and thanked her, but said little about the reasons for his gratitude.

Instead of Sen. Becker single handedly and arbitrarily removing the all payer claims database, the amendment came forward in the normal process.

Moreover, Sen. Karen Keiser, the ranking Democrat on the committee, spoke favorably of the amendment.  The final bill as amended passed unanimously.

The committee meeting ended shortly thereafter.  There was no public comment period.  No lobbyist from Premera came forward to express “gratitude.”  Indeed, in his public testimony, Premera’s VP of Government Relations was succinct and didn’t go into details.  However, in prior testimony on the bill in the House, Sorrin was more clear.

As we have tried to piece together the week of negative coverage from Premera, it appears that much of the foundation of future reporting and editorials may have stemmed from this initial characterization.  And, given this characterization, news sites took Premera lobbyists to task for their role in this.

However, the reporting and editorializing which followed was not as strong.  The nadir came March 7th from The Columbian, which called the action “deplorable” and Premera’s position “gobbledygook.”

Interesting also was that the OIC entered into the fray with a release on March 4th hitting Premera on a different bill.  It was a strongly worded release naming Premera as having “gutted” a bill that the OIC said would protect consumers.

The oddity of that release, however, is that the bill was in the middle of negotiations which resulted in a compromise which passed the Senate 39-10 only three days later.

The timing made the OIC’s media engagement look a little opportunistic.  However, the release led to stories in both the Times and the PSBJ about Premera’s actions.  I would have thought the more interesting story would have been the policy itself rather than Premera.  Within the context of the coverage of the all payer claims database that week, the media hook was Premera, not the policy.

This culminated on Sunday with an editorial in the Olympian.  It cited that Sen. Becker takes campaign donations from Premera, and that her primary opponent called her the “senator from Premera.”  These were used as rationale for why the legislature must consider fixing Becker’s amendment as one of the top three things it must do before adjourning this week.

We asked Premera’s Director of Corporate Communications Eric Earling, about his thoughts on the media coverage, which were pretty frank.

“It’s a sad statement about the reality of journalism today where there were three editorials written and not one editorial writer picked up the phone to ask what our position was.  They ended up relying on news coverage, assuming that those stories adequately conveyed our position, which they didn’t.

It’s like anything else in health care, the issues that are getting attention in health care today are complex, and they aren’t easily covered by a sound bite.

It’s a shame that a public policy issue, that deserves reasonable dialog, instead turns into somebody going out and attempting to tar the reputation of an organization that simply has a different view of how to achieve the same end.

We made calls to a number of the stakeholders in this mix, both in the media and in Olympia.  Some talked to us in detail.  Others politely declined.

What comes through most clearly in this all is this:  covering health policy accurately is exceedingly difficult in today’s media environment.  But, one small mistaken, inadvertent characterization can lead to a media storm well beyond the newsroom.

Which brings us to the bottom line.  Like us all, editorial writers should not be so quick to assign motives in a political process they aren’t following closely.  And, health plans (and providers) must accept the new age in which we live, where the media (and public) have little patience for the standard ways of doing business in health care.