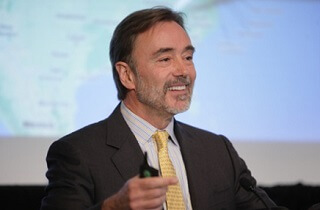 It is well-established that trauma and adversity can have a profound impact on children’s health and well-being over their lifespan.

The decade-long Adverse Childhood Experiences (ACE) Study, funded by the Centers for Disease Control and Prevention, has shown that the more trauma and stress – or “ACEs” – that a child experiences, the higher the risk of developing chronic health problems such as depression and heart disease later in life.

Higher so-called “ACE scores” are also associated with increased risk of academic failure and drug abuse among teens as well as homelessness, unemployment, and other kinds of instability in later life.

But ACE researchers and clinicians working to implement these insights into their practices say there is still hope, despite the daunting challenges faced by children who experience high levels of trauma and toxic stress.

“A high ACE score is not a life sentence,” says Karen Brady, chief of clinical services at Ryther Child Center, a non-profit organization in Seattle that provides behavioral health services for children and their families.  Ryther’s services range from child and adolescent psychiatry to chemical dependency treatment for teens and inpatient substance abuse treatment for teenage boys.

Brady says a child’s ACE score does not predetermine their future, but instead provides important information that can serve as a tool for healing.

“We can help kids with high ACE scores,” Brady said Tuesday during a public event in Lynnwood that focused on how ACE-related research is informing work aimed at helping children and families in Washington state. The event drew nearly 300 people to the Lynnwood Convention Center.

Ryther is providing the kind of early intervention that can make a difference in the lives of children with high ACE scores, said Dr. Robert Anda, co-founder and co-principal investigator of the ACE Study.

Anda, who is based in Atlanta, Ga., visited Seattle this week to participate in a series of events aimed at raising awareness about the role of ACEs in children’s health and well-being and spotlighting the work that is being done in Washington state to reduce ACEs and their impact on children.

Anda said Washington state has become “a model for the country” in spreading information about ACEs and applying its insights to change practices in many spheres, including health care, education and the criminal justice system.

He pointed to an alternative high school in Walla Walla that has successfully applied insights from ACE-related research to reduce expulsions and increase graduation rates.

In Washington, state lawmakers are “pretty knowledgeable” about ACEs compared to other states, said Laura Porter, who directs the ACE Learning Institute at the Comprehensive Health Education Foundation in Seattle.

But Porter emphasized the importance of grassroots work aimed at changing the culture to better support the needs of children. “Let’s not wait around for new laws,” she told the audience in Lynnwood. “We are the ones who create new norms.”

Porter called for a movement on behalf of children’s rights, “along the lines of the civil rights movement.”