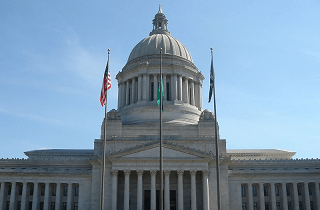 Washington’s health insurance carriers came out this week against legislation sponsored by Rep. Eileen Cody, D-West Seattle, which would convert the state’s health insurance exchange from a public-private partnership into a state agency.

Representatives of two of the state’s largest carriers testified in opposition to HB 2340 during a Feb. 3 hearing of the House Health Care and Wellness Committee, which Cody chairs.

Premera Blue Cross lobbyist Len Sorrin praised the political independence of the Washington Health Benefit Exchange as currently structured, which he said has enabled the staff and board to make “sometimes difficult decisions” on behalf of Washington residents.  Turning the exchange into a state agency would run the risk of losing that political independence, which “has been a valuable asset to this point,” he said.

Regence BlueShield lobbyist Chris Bandoli emphasized that, from his company’s standpoint, Washington’s exchange has been operating very well as a public-private entity. “Our people work with exchanges in a lot of states—Oregon being one notable example—and they speak uniformly well of working with the Washington exchange on all the operational and technical issues,” he said.

“I would take extreme caution before moving forward with this plan,” Bandoli told the committee.

Sydney Smith Zvara, executive director of the Association of Washington Health Plans, also testified in opposition to the bill. The exchange is “still getting on its feet,” she said. “We just have concerns about anything that would destabilize it at this point.”

Mel Sorenson, testifying on behalf of America’s Health Insurance Plans, the Washington Association of Health Underwriters and the National Association of Insurance and Financial Advisors, also spoke in opposition to the bill.  All three organizations “strongly believe that the bipartisan, public-private partnership that exists for the exchange was the right choice,” he said.

Exchange Board Chair Margaret Stanley also appeared before the committee to express the board’s opposition to turning the exchange into a stand-alone state agency.

The exchange board voted on Jan. 31 to take a position opposing the bill and asked Stanley to be the board’s representative at the hearing.

“We have plenty of work to do to straighten out operational issues,” Stanley acknowledged in her testimony. “We’re working hard on those,” she said. “But we fear that converting to a state agency would cost a lot of money and slow us down when we have this other work to do.”

Cody explained prior to hearing opposing testimony on the bill that her decision to sponsor the bill was prompted by concern over a need for clear oversight and authority over the exchange. “We have the Insurance Commissioner’s office, we have the exchange which is public-private, and we have the Health Care Authority, and no one is in charge over all of it,” she pointed out. “And that is one of the issues I think we need to figure out how to address.”

Several people testified in support of the legislation. They included representatives of the Healthy Washington Coalition, Neighborcare Health Services, the Washington Federation of State Employees, Columbia Legal Services, and a private citizen who said he has struggled since October to get coverage through the exchange.