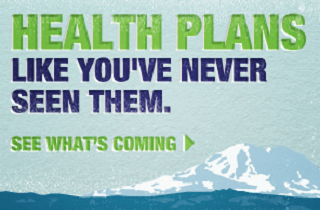 The carriers submitted letters of intent to the Exchange indicating they plan to file individual policies with the state Office of the Insurance Commissioner (OIC) by the May 1 deadline.  The letters are non-binding and only indicate intent to offer a product on the market during the 2015 plan year.

Exchange CEO Richard Onizuka reported the information about the letters to the Exchange board during its monthly meeting today.

Onizuka said the 11 carriers include three companies that are not currently offering individual plans on the exchange in 2014.  They are Columbia United Providers, Moda Health, and UnitedHealthcare.

This time last year, 13 carriers notified the Exchange of their intent to offer individual policies. In the end, eight were approved.

Last year, seven carriers initially indicated their intent to sell policies to the small-group market through the exchange.  Three submitted their plans, but two ultimately withdrew, leaving only Kaiser Permanente, and only in two counties.

Onizuka said five carriers have also indicated that they intend to offer dental plans on the exchange in 2015. He did not name the carriers.