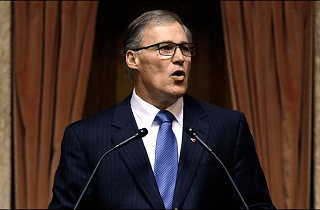 The state Senate voted 49-0 Friday for a Gov. Inslee priority bill that will vastly improve how mental health and chemical dependency services are provided.

SB 6312 is a first step to integrating state Medicaid contracting for physical and behavioral health services, a move that will help the state provide better care to more people at a lower cost over time.

Inslee’s bill mandates the integration of mental health and chemical dependency services. The bill also defines a set of purchasing principles that would assure the system is focused on patient outcomes while providing flexibility for health districts to tailor programs based on their community’s needs.

In addition, SB 6312 will establish a bipartisan task force including legislators, state and local agencies and local county officials to develop recommendations on a range of health care purchasing issues. The task force will convene in April with recommendations due in October.

“The most important thing is to give the freedom to the task force to do its work,” said Sen. Linda Evans Parlette (R-Wenatchee), who helped shepherd the bill through the Senate.

“This is a solid step forward in improving the ability of our agencies and local partners who work so hard to serve the people of Washington,” said Gov. Inslee. “This has been a truly collaborative effort to make our system more effective for patients and cost-efficient for taxpayers.”