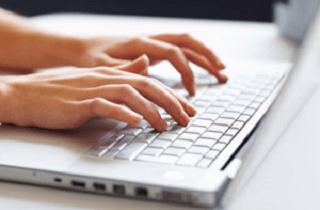 “The individual health insurance market has always been one of the most vulnerable markets in our state,” said Insurance Commissioner Mike Kreidler. “This was especially true before the Affordable Care Act. These numbers show that enrollment is working—and not just for Apple Health. People who buy their own health insurance, either with or without a subsidy, are getting covered.”

Infographic of the individual market

Kreidler added, “Much has been made of the people who had their policies discontinued and replaced last year. I understand how frustrating this was to the people who wanted to keep their policies, but I’m deeply troubled that some members of the state Senate are now using misinformation about the individual market to attempt to undercut the progress we’ve made in bringing meaningful coverage to people in our state.”

Senate Bill 6464, sponsored by Sen. Steve O’Ban, R-28th District, proposes to give new and better options to people who had had their policies canceled. It allows canceled plans to be refiled and sold again in the individual and small employer health insurance markets, but only through the end of the 2014 and only if the health insurers agree to do so.

The bill also allows for health plans from other states to be sold in Washington state, but with no oversight from the Office of the Insurance Commissioner. No oversight means Kreidler’s office could not:

“Senate Bill 6464 is filled with rhetoric and empty promises,” said Kreidler. “It leads consumers to believe they’ll be able to buy old policies at the same price. This is simply untrue. Health insurers – if they chose to participate – would likely increase their rates. And the plans would only be available this year.

“Allowing across-state sales would be even more harmful to consumers. We debated this issue before. Washington consumers enjoy protections we’ve worked years to establish and wouldn’t want to turn their complaints over to states with fewer protections.”

Many proponents of SB 6464 have stated that 290,000 people had their individual policies canceled. This is inaccurate.

As of Dec. 31, 2012, there were 290,000 people in the individual health insurance market. By the end of September 2013, the number had dropped to 278,000. This is the third year in a row that enrollment in the individual market dropped – a trend that started well before the Affordable Care Act took effect

According to Kreidler, most people who dropped their coverage did so because of double-digit rate increases and shrinking benefits.

“Whether or not you support the Affordable Care Act or my decisions in implementing it here in Washington state, we’re making a difference in thousands of peoples’ lives.” said Kreidler. “The latest numbers tell the true story.”