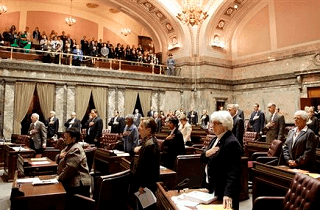 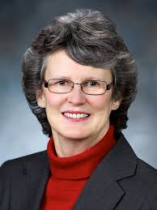 The Washington House of Representatives has passed legislation aimed at improving the effectiveness of health care purchasing by making the cost and quality of health care more transparent.

The House passed the engrossed second substitute of HB 2572 today on a 55-41 vote that fell mostly along party lines.  The House first adopted a “striker” amendment sponsored by Health Care and Wellness Committee Chair Eileen Cody, D-Seattle, who sponsored the bill at the governor’s request.

Rep. Laurie Jinkins, D-Tacoma, urged lawmakers to vote in support of the legislation. “This bill is really trying to bring the free-market principles of knowing what you’re going to get when you buy something to the health care industry,” she said.

Cody also urged passage.  She said the bill had garnered support from employers and business groups, including Boeing, Alaska Airlines, Puge Sound Energy, the National Federation of Independent Business and the Seattle Metropolitan Chamber of Commerce.

“The only body still opposed to this is Premera,” she said. “I have to ask, what are they trying to hide?”

Rep. J.T. Wilcox, R-Yelm, called the bill “a hoax” that made “sweeping promises.”

Rep. Matt Manweller, R-Ellensburg, said he was skeptical the bill would result in as much as $800 million in savings to the state, which is the high-end estimate.  “Really?” Manweller said. “Even Bernie Madoff didn’t offer returns at that rate. I don’t think that’s credible.”

Rep. Larry Haler, R-Richland said he believed the bill is “well-intentioned,” but that he would vote against it. “I have heard from doctors in my district to put this bill down,” he said. “They view it as another Obamacare scheme.”

Rep. Joe Schmick, R-Colfax, said he would vote in favor of the bill’s passage.  “But our side has concerns,” he said. “Frankly, with the way the exchange has gone, and the Affordable Care Act, we don’t have a good track record.”