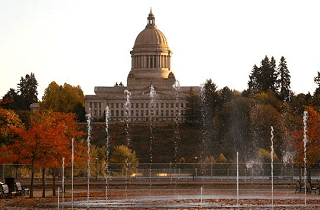 Dr. Roger Stark, a health care policy analyst at the Washington Policy Center and a retired physician, has posted a commentary on WPC’s website regarding Governor Inslee’s proposal to implement the Washington State Health Care Innovation Plan (SHCIP). Here it is, reprinted with Dr. Stark’s permission:

As Washington and other states struggle to implement the Affordable Care Act, Governor Inslee has proposed sweeping legislation to create a new state program to exert control over the health care services people receive. A newly-introduced bill in the 2014 legislative session, HB2572, is Governor Inslee’s implementation of the Washington State Health Care Innovation Plan (SHCIP). The Plan is a federally funded, regulatory takeover of the health care delivery system in Washington State. The program is part of the Affordable Care Act and encourages state-based experiments in creative health care plans, funded by federal taxpayers. Work to-date on the SHCIP was paid for by a $1 million federal grant. The next phase of the project will be funded by an anticipated $20 to $60 million federal grant.

The “core strategy” for SHCIP is “…for the State to take a leadership role as a major purchaser and market organizer to drive transformation.” In case there is any confusion over the intent of the program, the Full Innovation Plan is clear about who will manage health care for Washington residents: the state. “While many of the Innovation Plan’s strategies center on non-regulatory strategies and incentives, the state is prepared to explore regulatory approaches should its initial market-based and collaborative tactics be less successful than expected.” (Section 2, page 19) This is a top-down comprehensive plan that will ultimately impact every taxpayer and health consumer in Washington State. The goal is to have 80 percent of state-purchased and 50 percent of privately-purchased health care to be outcome-based and be under the authority of state officials through SHCIP within five years (by 2019).

The SHCIP lists three basic strategies for expanding state control over people’s health care. The first is to “drive value-based purchasing across the community, starting with the state as ‘first mover.’” This strategy depends heavily on establishing accountable care organizations (ACOs) to move patients from a fee-for-service to an outcome-based reimbursement system.

The second strategy is to “improve overall health by building healthy communities and people through prevention and early mitigation of disease throughout the life course.” The definition of “community” is a little vague, but there is a suggestion of a county-by-county structure. Prevention is to be achieved through patient education and more primary care.

The third strategy is to “improve chronic illness care through better integration of care and social supports, particularly for individuals with physical and mental co-morbidities.” This strategy promotes mental health parity and ties mental and physical health care together. The SHCIP lists seven Foundational Building Blocks to support the three strategies. The plan is very thorough and represents a tremendous amount of staff input, time and work.

A private consulting group says that SHCIP should save $730 million over the next three years. Details of this study are not provided in the Full Implementation Plan, but presumably they could be made available. Other parts of Obamacare, however, have already failed to achieve promised savings, for example that families would save an average of $2,500 a year.

The stated goal of HB2572 is to transform the Washington State health care delivery system using the three strategies of the SHCIP. The Health Care Authority (HCA) will be responsible for coordinating and implementing the law using public and private organizations. The HCA must report to the legislature every January 1st on how far state officials have advanced in controlling people’s health care.

Nine regional accountable collaborative of health (ACH) organizations will be established throughout the state. These ACHs will be given money based on participation by, but not limited to, local governments, school districts, early learning regional coalitions, businesses, unions, non-profit human service organizations, tribes, carriers, providers and public health agencies. The bill would establish a “hub,” or central agency, that would collect patient data, integrate care and insure value-based outcomes. The bill would establish a central, statewide all-payer health care claims database that would provide price transparency. Insurance carriers would be required to submit all information about patients, their illnesses and their medical treatments to this state database, although the bill says patient confidentiality would be respected.

HB2572 is the initial implementation of the comprehensive SHCIP. It begins with state purchased health care and insurance purchased in the state exchange, but SHCIP also makes it clear the goal is to exert state control over the private health care delivery system as well. It is not clear what oversight, if any, the legislature would have over the program. SHCIP has been developed by the Washington State Health Care Authority and the language of the Full Implementation Plan suggests that implementation and management would be carried out in a regulatory, not statutory, fashion. SHCIP would be operated through executive action; it is likely lawmakers would have little or no influence over the program operations.

The fundamental strategy of the SHCIP is to establish regional accountable care organizations. An ACO may take many forms, but it is essentially a health maintenance organization (HMO). We know from experience in the 1980s and 1990s that HMOs can forcibly control health care costs, but they exercise this control by a gate-keeper system that rations health care. Delaying or denying health care can save money.

The second strategy is prevention. While prevention looks great on paper and sounds good in committee meetings, the reality of state officials getting large numbers of people to change their life styles is virtually impossible. Except in very individualized cases, there is no evidence that education and prevention influences health outcome for the general public.

The third strategy links physical and mental health care. This is a worthy goal, but doesn’t require a complete overhaul of the state’s health care delivery system to achieve.