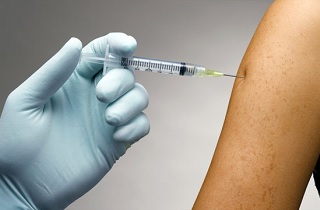 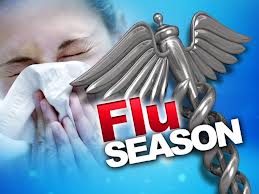 Primary care clinics around the state say they are seeing a higher than usual number of patient visits this January.

The increase appears to be driven mainly by a busy flu season rather than pent-up demand from patients newly insured through Medicaid or qualified health plans (QHPs).

The state Department of Health announced on Jan. 22 that the flu season had reached its peak and that 19 lab-confirmed flu deaths had been reported across the state since December. Flu is now widespread in Washington.

NorthShore Medical Group has been handling about 180 patient visits a day in January, according to its administrator, Cindy Robertson, MD. That is much higher than the typical January average of about 140 to 155 visits a day, she said.

NorthShore operates two primary care clinics in White Salmon and Stevenson. Even in February and March, when the flu season is typically at its peak, patient visits at the clinics usually average about 165 a day.

“As best I can tell, [the higher number of patient visits] is not a result of a huge influx of newly covered people, but the result of a crazy busy flu season,” Robertson said.

In the first three weeks in January, NorthShore’s clinics had seen only three patients enrolled in a plan purchased through Healthplanfinder.

So far, it appears that the newly insured are not driving a significant increase in patient visits at primary care clinics. But the data is still mostly anecdotal.

The Vancouver Clinic’s chief financial officer, Ann Wheelock, said it is still too early to evaluate the impact of any pent-up demand as a result of new coverage options through Healthplanfinder.

“We’ve only had a few weeks of 2014 so far, and most clinics experience a certain amount of ‘chaos’ at the beginning of each year as patients switch insurance plans and new patients need access,” Wheelock said.

However, The Vancouver Clinic has seen “a significant increase” in patient visits this month compared to January 2013, Wheelock said. The increase appears to be caused by several factors, including a higher than usual number of flu cases but also the addition of new providers and an increase in market share.

The Everett Clinic and Edmonds Family Medicine are also seeing more flu cases than usual. However, Woodcreek Healthcare, which operates three pediatric clinics and two urgent care clinics in the Puyallup area, is not.

The Woodcreek clinics appear to be having “a normal flu season,” said CEO Tim Turner. The five clinics are seeing approximately 100 flu cases each week, he said.

At The Everett Clinic, there has not been a significant spike in new patients visits related to new coverage available through Healthplanfinder, said April Zepeda, director of communication and government affairs.

But a number of patients have been switching coverage due to expanded Medicaid and the health plans available through the exchange, Zepeda said. The Everett Clinic is also seeing patients with chronic conditions come in to establish care, sometimes after many years of not having seen a doctor, she said.

Woodcreek clinics have not been inundated with Exchange insured patients either. Turner said there was “a small surge early in the month, but the predicted large number of formerly uninsured seeking care has not materialized.”