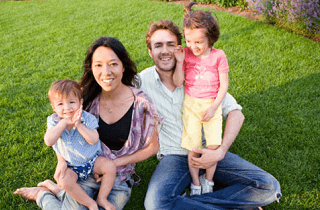 Ailments range from craniofacial disorders to a neck mass; cost of treatments denied by non-contracted Exchange plans have been absorbed by the hospital

SEATTLE – January 30, 2014 – Seattle Children’s Hospital announced today that it has treated approximately 125 patients who lost contracted access to Seattle Children’s when new plans on Washington’s Health Benefit Exchange became effective at the beginning of the year.

Those patients, whose ailments range from craniofacial disorders to a neck mass, were all treated by Seattle Children’s regardless of their Exchange plan coverage, but continued access to the hospital remains in question.

“This is a dire situation for our patients,” said Dr. Sandy Melzer, senior vice president and Chief Strategy Officer, Seattle Children’s Hospital. “We can’t continue providing services to these patients without reimbursement from their insurance companies.  Eventually, these patients will have to seek care elsewhere, and for the treatment of many conditions, there is nowhere else to go in the region.”

Seattle Children’s has filed exception requests on behalf of the 125 patients. Of the more than 200 exception requests, approximately 20 have been answered by insurance companies. Eight of those were denials, including:

Seattle Children’s made a decision to treat the patients – even though the plans will not pay network benefits for this care – to give families time to work with insurance providers and better understand their new benefits.  To date, the hospital also has incurred tens of thousands of dollars in administrative costs associated with the extra work required.

But Dr. Melzer said the real concern is the potential lack of coordinated care. Kids like the teenager with mitochondrial disease will be forced to see a variety of doctors in various areas of Seattle and Washington. Studies have shown that such fragmenting of health care services can negatively impact outcomes and increase cost.

“The primary care physicians who refer these kids to us do so for a reason,” Dr. Melzer added. “Even if a small number of children experience care that is delayed or discontinued, or are first sent to a hospital that can’t handle their problem, then that’s too many.”

The problem with Washington’s Health Benefit Exchange began last year,  when many of the approved plans did not include Seattle Children’s Hospital as a provider, leaving many patients without coverage for some of the most specialized pediatric medical care in the Pacific Northwest.

In October, Seattle Children’s filed suit via the Superior Court of Washington for King County against the Office of the Insurance Commissioner (OIC), citing the failure of the OIC to ensure adequate network coverage in several Exchange plans. The lawsuit remains in the preliminary procedural stage.

“We filed the lawsuit and the appeal on behalf of our patients,” said Dr. Melzer. “Every child deserves access to the best medical care. We need to ensure that the kids and their parents in our region have access to the health services they need, when they need them.”

When the lawsuit and the appeal were filed, Seattle Children’s didn’t know how many patients might be affected by the new system. The hospital also didn’t know how patient families would react, or if they would understand their new plans.

“We got our answer fairly quickly,” said Dr. Melzer. “Families were confused about their new benefits. Many didn’t know that Seattle Children’s is no longer included in their network.”