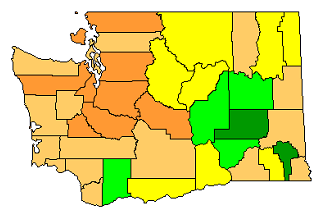 Over the past fifteen years, abortion rates across the country have been falling. It is no surprise that Washington’s abortion rates have also been following this downward trend.

In 1997, the Washington State Department of Health published that there were a total of 27,055 abortions in the state. The number of total abortions continued to decline slowly until 2009, when there was a sudden dip in the trend, 2,000 less abortions than the previous year. This trend continued to decline, when in 2012 the total number of abortions amounted to 18,257.

In fifteen years, the number of abortions in Washington State has decreased by almost 9,000.

Heather Maisen, Family Planning Program Manager for Public Health Seattle & King County, said that there has been a national decline in pregnancy and abortion rates, especially among teenagers, contributing to the overall decline. 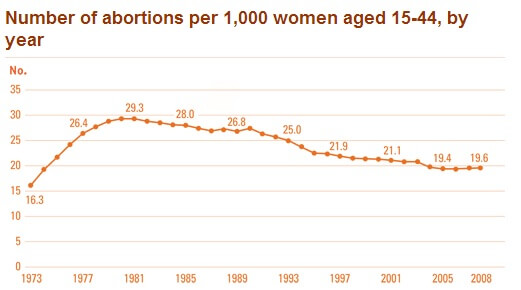 “We would expect King County to follow this trend, especially for teenagers, given their access to contraception and evidence-informed comprehensive sexual health education in King County.  It is great news these rates are declining,” she continued.

In other highly populated counties, the pattern can also be seen. Over the same time period, Pierce County experienced a decrease of over 1,000 abortions, Snohomish County had 708 less abortions, and Spokane County had a decline of 422.

Alaska and Oregon have also experienced similar declines in abortion rates, based on studies by the Guttmacher Institute.