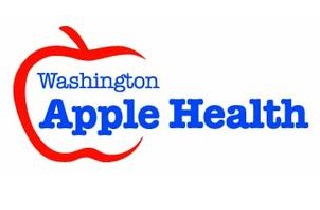 Today, the federal Centers for Medicare & Medicaid Services awarded the money, a performance bonus, to Washington on Monday. Our state was among 23 states nationwide to earn bonuses for getting more children enrolled in health coverage.

Apple Health for Kids is affordable, comprehensive health coverage offered by the State of Washington. The State Legislature created the program in 2007 for families with no other options for affordable coverage, and it currently covers nearly half of the state’s children. Due in part to affordable coverage, our state ranks sixth in the nation for child health, according to a recent Annie E. Casey Foundation KIDS COUNT report.

“My daughter gets her well-child checkups and vaccines because of Apple Health for Kids,” says Tumwater mother Angela Rowland regarding her 11-year-old, Shayla. “I have peace of mind that my child can see the doctor when she is sick.”

The new Washington Healthplanfinder web site (www.wahealthplanfinder.org) has connected thousands of kids with Apple Health for Kids coverage. Enrollment increased by 19,385 children from its Oct. 1 launch date to Dec. 12, according to a mid-December report  from the state Health Care Authority. Before then, an estimated 91,079 children – 5.8 percent of all Washingtonians under age 18 – were uninsured, according to the Census Bureau’s American Community Survey. And, Native American and Latino children were more likely to be uninsured.

However, gains in coverage made in recent months could be offset by the state’s incorrectly dropping families that are already covered. Many Apple Health for Kids families have not been able to renew their existing coverage through Healthplanfinder. Renewals are required at least every 12 months. As it opens the door to new enrollees, the Health Benefits Exchange (HBE) is incorrectly dropping currently eligible families from coverage.

In the upcoming legislative session, child health advocates will seek to make Apple Health for Kids even stronger. One way to do this, says Gould, is to extend the scope of Apple Health for Kids coverage so that primary care physicians follow the nationally recognized standard schedule of preventive care visits, called Bright Futures.

Currently, depending on household income, children receive one of two schedules of care: either Bright Futures for privately-insured children, or fewer visits without developmental or autism screening to children enrolled in Apple Health for Kids.

“Following the same standard of care is a smart social and economic strategy,” said Gould. “And it’s simply the right thing to do. All kids deserve the chance to thrive.”

Apple Health for Kids is also an essential means of providing children with the opportunity of a basic education, said Gould.

“Children do best in the classroom when they’re healthy,” Gould said. “Apple Health for Kids prepares children for a brighter future by connecting them with the coverage they need today.”

The Children’s Alliance is a statewide public policy advocacy organization that works at the state and federal levels to ensure that all children have what they need to thrive. More information: www.childrensalliance.org.