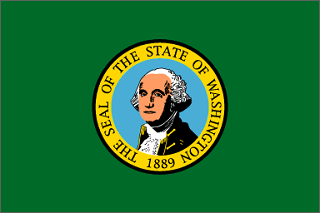 Shimomura, 41, is a longtime aide who has served on the governor’s executive team since he took office in January.

Mary Alice Heuschel, who has served as chief of staff since January, will lead state efforts on an interim basis to implement Results Washington, the governor’s performance measurement effort.

“Joby has been an important part of my team for years and I know Washingtonians will be well served with her as chief of staff,” Inslee said. “She has impressive skills, great instincts and understands how to get things done in government.”

“And I’m thankful that at the same time, Mary Alice has agreed to stay on to focus on the critical second phase of Results Washington as she also explores other leadership opportunities outside state government.”

Shimomura is a veteran Congressional staffer and campaign manager. She was Inslee’s Congressional chief of staff for six years and managed several of his campaigns, dating to his first run for governor in 1996.

Inslee thanked Dr. Heuschel, a prominent school superintendent who was the first educator to serve as chief of staff, and said she “helped set a positive direction for our state.” Dr. Heuschel led the development of Results Washington, a robust and ambitious effort to measure — and improve when necessary — government performance.

“Mary Alice did remarkable work establishing Results Washington and did it in a way that both inspired state employees and set exceedingly high standards for performance across state government,” Inslee said. “She’s an enormously skilled leader with a work ethic second to none.”

Dr. Heuschel said, “It has been an honor to serve as chief of staff during Gov. Inslee’s first year. We are in agreement that my best contribution to his team in the months ahead will be leading the strategic implementation of Results Washington and continue to plan and initiate delivery of exemplary state services to the people of Washington.”