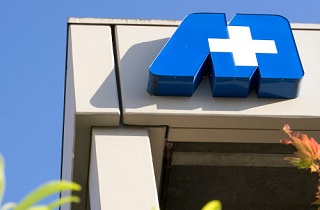 You may remember from our 5 Things We’re Watching, Washington newsletter released in June that the Tacoma News Tribune broke the news about MultiCare placing series of liens against patients it treated as trauma victims. Since then, two lawsuits have been filed against MultiCare and one of their contractors, Hunter Donaldson.

Within the past two weeks MultiCare Health System has taken two significant hits in court in its fight against allegations that it and Hunter Donaldson, conspired to swindle accident victims out of settlement money.

The first loss was on Sept. 13 when a Pierce County Superior Court Judge ruled that a plaintiff in one of two lawsuits against MultiCare and Hunter Donaldson had a decent chance at winning her case.

And the second, on Sept. 16, when a U.S. District Court Judge decided this suit should not be heard in federal court as the defendants prefer, but instead in state court.

The plaintiffs argue that Hunter Donaldson consciously employed a notary public not authorized to work in Washington State to file liens against MultiCare patients, and in one of the cases they’ve sought a class-action lawsuit. They also contend that MultiCare employees, including a former executive, conspired to provide inaccurate residency information and falsely support the Hunter Donaldson employee acting as the notary on behalf of MultiCare.

Lawyers for Hunter Donaldson wrote in pleadings that the plaintiffs are mad at the wrong people. “At its core, this lawsuit is more about plaintiffs’ dissatisfaction with the statutory scheme providing for medical liens in Washington rather than any wrongful actions on the part of defendants,” attorney Cori Gordon Moore wrote on behalf of Hunter Donaldson.