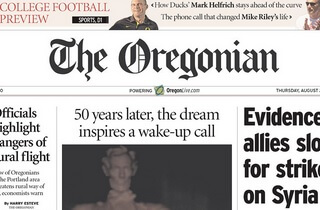 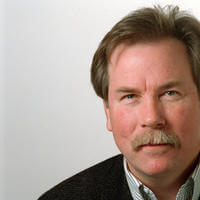 And as we reflect on that decision, let’s not forget the mission statement that is strategically parked on the Catholic healthcare provider’s website and atop its annual filing with the Internal Revenue Service:

“PeaceHealth carries on the healing mission of Jesus Christ by promoting personal and community health, relieving pain and suffering, and treating each person in a loving and caring way.”

Each person. Including — I know this goes without saying — the dedicated employees who will be shown the door.

Unable to distribute their profits to shareholders — they have no shareholders — “the hospitals improve and expand facilities, buy more equipment, hire more people, offer more services, buy rival hospitals and then raise executive salaries because their operations have gotten so much larger,” Brill writes.

That pretty much describes PeaceHealth. Thick with cash, it added Vancouver’s Southwest Medical Center to its hospital portfolio in 2012.

And though the health-care system’s profit margin dropped significantly in the last fiscal year — from $112 million to $27 million — executive compensation shot up.

All told, the 12 most highly compensated PeaceHealth employees averaged $781,000 in compensation last year. None was forced to make ends meet with less than $614,000.

Yet all is not well in “our ever-changing health care environment,” Yordy informed the 16,000 PeaceHealth caregivers Tuesday.

“It is important to understand that PeaceHealth is financially strong,” Yordy writes, given last year’s combined revenue — now that the Southwest Medical Center is on board — of $2.2 billion.

Still, the company is anticipating a $130 million “shortfall” this year. Demand is flat. Beds aren’t full. Medicare reimbursement has been cut. Kaiser is moving its Clark County members to a new provider.

The financial situation is so dire, Yordy writes without a trace of irony, “We have deferred compensation increases for the PeaceHealth Executive Team.”

Deferred, not eliminated. But major dough, I’m sure. Just not enough to save everyone’s job.

“To sustain our Mission in this new era of healthcare,” Yordy continues, “we must resize PeaceHealth by eliminating approximately 500 positions across the system.”

And while PeaceHealth can dull the pain by leaving dozens of openings unfilled, half of the 340 lost jobs in southwest Washington will be attached to real people.

“I recognize,” Yordy writes, “that this will be very painful and difficult for all of us, especially those dedicated caregivers and their families whose positions will be eliminated.”

I’m guessing Yordy and his executive team are talented folks. Worth every dime in salary and bonuses. And if you live near one of PeaceHealth’s nine hospitals, you’re rooting for the facilities to remain innovative, prosperous … and open in your hour of need.

But when you slap Jesus Christ on your masthead, when you insist that your primary mission is to relieve pain and suffering and treat “each person in a loving and caring way,” how do you defend laying off employees while your execs continue to live high on the hog?

When I put the question to Tim Strickland, PeaceHealth’s communications director, he did his best.

“It’s important for the communities we serve that all of our caregivers are compensated in a way that we are able to attract and retain talented and committed professionals,” he said.

Those compensation packages are aligned with the industry average, Strickland added, just like those of “our nurses and staff. We make sure we’re competitive, but not inappropriate. It’s the right thing to do.”

Only if your corporation worships the bottom line, not those rumors of a better world.

Steve Duin is The Oregonian’s Metro columnist. He is the author/co-author of six books, including “Comics: Between the Panels,” a history of comics; “Father Time,” a collection of his columns on family and fatherhood; and a graphic novel, “Oil and Water.” His last name, for inexplicable reasons, is pronounced “Dean.”