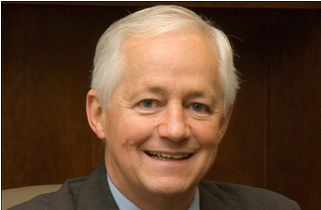 Consumers in Washington will now have 41 choices in the Exchange when open enrollment begins Oct. 1. Community Health Plan of Washington (CHPW) will have three plans available in 26 counties.

Kaiser will offer an additional seven plans in Clark and Cowlitz counties.

Kreidler said the additional 10 plans meet the same high standards held for the other approved companies. They also ensure continuity of care for Medicaid enrollees and create more competition in the marketplace.

The Exchange set an initial July 31 deadline for the Insurance Commissioner’s review and approval of plans for inclusion in the Exchange, where subsidies for health coverage will be offered as part of the federal Affordable Care Act.

“We had 31 health plans approved by the Exchange’s deadline. Washington consumers now have an additional 10 quality plans to choose from,” Kreidler said.  “We took the initial deadline seriously, but we also followed our own legal process and it worked. The Exchange cannot delay any further. It must take action and approve these plans by Sept. 5.”

Sept. 5 is an extended federal deadline granted to Washington’s Exchange to approve plans.

Kreidler said that he made the tough decision to disapprove some plans on July 31 because he did not believe they met rigorous state and federal standards. He said he also knew he would take some heat for standing up for consumer protection.

“I’ve worked for meaningful health reform my entire career,” he said. “I’d much rather face the political fallout that my decision may have caused than know I set consumers up to be harmed in the future by plans that don’t deliver what they promise.”

Appealing opened the door to settlement. Kreidler began discussions with only those companies he believed could make the necessary fixes in time before the federal deadline of Sept. 5.

“I knew it would be a serious challenge for both companies and my office to reach a successful settlement, given the time constraints,” Kreidler said.

The agreements required the companies to revisit and fix very specific issues identified by the insurance commissioner’s office during the original review process. Any deviation or omission would have meant failure.

Specifically, CHPW had to agree to drop its proposed two-tier pricing structure.  Its intention was to provide a zero co-payment option at community clinics. Unfortunately, under Washington state law, charging different co-pays for the same type of provider can look like discrimination, steering lower-income residents to only certain providers. CHPW fixed this issue.

The Insurance Commissioner will work with the company over the next year to explore how to help it meet its goals within the law. The revised final plans resulted in a 1 percent to 2 percent rate increase.

Kaiser had to correct its rate information so that it was complete and matched other information it had filed. It also had to ensure that all of its plans it said were compatible with Health Savings Accounts met federal standards.

“I wish I could’ve entered settlement talks with all of the companies that appealed,” Kreidler said.  “Unfortunately, I believed the substantial issues facing Coordinated Care could not be addressed in time to meet the Sept. 5 deadline.”

Coordinated Care had more than a dozen serious issues, including:

“During this process, our goal has never waivered – to give Washington consumers as many choices of high quality health insurance plans as possible,” Kreidler said. “I’m very pleased with our thorough reviews and of the 41 plans we’ve approved. Our foremost responsibility is to protect consumers. Now, it’s up to the Exchange to approve these plans and for everyone to get ready for Oct. 1.”