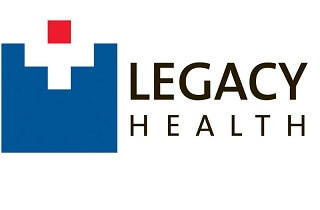 The following is a transcript of the testimony provided by representative of Legacy Health Systems,Trent Green, at the Washington Health Benefit Exchange Board Meeting last week on August 21.

The Board allowed for public comment after a discussion on the number of approved plans for the Exchange and the desire to extend the deadline so those plans in the appeal process could be approved to be on the Exchange in 2014.

The Board ultimately moved to delay the vote until a special meeting on August 29. For more information, please read this statement, released by CFO of the Exchange, Richard Onizuka.

“Good morning, my name is Trent Green and I am a senior vice president at Legacy Health and at Salmon Creek Medical Center in Vancouver, Washington. As many of you know, Legacy is a six hospital system that has major operations in Southwest Washington. Let me pause for a second, we are only a provider. We have hospitals and physicians. We don’t, frankly, have a dog in this fight in terms of what plans are qualified or not. We don’t offer a health plan, but we do have a vested interest in healthcare transformation. And we’ve been ardent supporters of healthcare transformation and its on that basis that we’d like to provide public comment.

We’ve been extremely concerned with the recent announcement by the Office of the Insurance Commissioner that only four plans were chosen for the Washington exchange. That decision will severely limit citizens in Southwest Washington to choice. In fact in Clark County, there’s only one carrier.

As I mentioned, we at Legacy, have been ardent supporters of the Affordable Care Act, including the creation of health insurance exchanges and the effort to increase access to health insurance coverage. We offer it in two states, so we have the opportunity to see the goods and bads of this from both perspectives. We’ve been very active in Salem and Olympia as we try and advance health reform. It’s our sincere opinion that the viability and credibility of Washington’s exchange, depends on having consumer choice, competition and accountability. That cannot happen if there are only our carriers in the insurance exchange, and only one in Clark County.

The OIC decision severely limits choice for citizens in the region that we serve who wish to purchase insurance through the exchange. For those who have no insurance, and who don’t qualify for Medicaid there are no affordable plans. Those who are currently on Medicaid and leave Medicaid, there are no affordable options available either. We don’t think this meets the spirit or intent of the Affordable Care Act. The limited choice of insurers means people have to choose between continuity of care, that is staying with their existing providers of carriers, and receiving the benefits of subsidies available in the exchange. This displacement we believe is harmful to the quality of care that was intended to improve. The limited choice also means that access to primary care will be severely restricted. Primary care as we know will be in short supply as the ACA is implemented in any action puts a large number of providers outside of the reach of people who are participating in the exchange will only exacerbate that shortage.

I’m not going to comment on what your options are. I think you started to get to the nut of the issue. What I would suggest is before the ACA was implemented there was no such thing as a health insurance exchange. I think what the process really needs is what Daniel Pink refers to as some practical wisdom. We have some rules and regulations that we absolutely have to follow, but at the same time we have practical wisdom that we have to rely on.