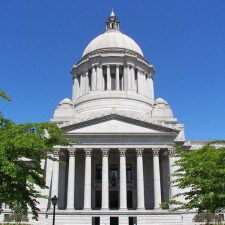 Today marks the last day of special session in Olympia. State legislators have until midnight to come to agreement and pass the budget. Will that happen? All signs point to no. That means tomorrow will be the first day of the second special session. With the end of the fiscal year just 19 days away, the potential of a “government shutdown” is being discussed by some legislators.

Yesterday the House passed a stop-gap capital budget yesterday with bipartisan agreement, 83-10. This would make it possible for existing projects to continue to be funded past the end of the fiscal year, June 30 (assuming the Senate also passes the bill and Governor signs it).

While planning for the worst case scenario is probably good insurance right now, it also begs the question, has Congress’s example bled into state legislatures? They’ve only enacted the budget on time four times in 30 years. They favored continuing resolutions and omnibus spending packages over the traditional budget process in recent years – and most recently of course, the sequester. Given the prevalence of special sessions in Olympia the last few years, it’s fair to wonder if budget gridlock has become the new normal for this Washington as well.

Governor Inslee will hold a press conference today at 10:30 am PT. To watch live, click here.

The Senate Ways & Means Committee meets at 9:00 am PT to hold executive session on several bills including HB 1947, the sustainability bill for the Washington Health Benefit Exchange, where they will vote on an amendment which would modify the currently proposed assessment methodology and dedicated premium tax revenue. Sen. Hill has also proposed a striking amendment for a placeholder bill, SB 5876, that would serve as a bare bones vehicle for Medicaid Expansion. Sen. Becker introduced another Medicaid Expansion bill earlier in the session.

Update: Based on the new Ways & Means language for HB 1947, funding for the exchange will be entirely based on the per member per month (PMPM) fee assessed on the carriers as well as any general fund allocations agreed upon in the operating budget.