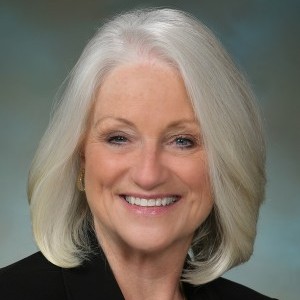 Coming into the 2013 legislative session, many people were questioning whether or not Washington would expand our state’s Medicaid program, as envisioned by the federal health-care reform bill.

At the risk of spoiling the conclusion of this mystery, for those of us “inside the ropes” in the Legislature there was never much doubt; all four legislative caucuses had expressed general support for expansion, and the governor has made it clear that he is on board as well.

At the same time, the fact that most legislators knew we’d be moving forward with the expansion doesn’t mean it was – or is – without controversy.

Many see Medicaid as a broken model and expanding it as essentially doubling down on a bad bet. Others note that Medicaid pays artificially-low reimbursement rates which shifts costs to private insurance. Of course, the most common concern we hear is about the cost of the expansion.

I agree that we have to be mindful of cost. As state legislators and stakeholders, we naturally tend to focus on the fiscal impact policies will have on our state. And while the expansion is projected to save Washington money in the short run, there will ultimately be a cost associated to the state as the federal share of the newly-eligible population ratchets down from 100 to 90 percent.

At the end of the day, Washington will be participating in the Medicaid expansion. It’s an imperfect solution, but it is the best mechanism we have to extend coverage to uninsured individuals in our state.

As we move forward, there are three elements in particular that I’ll be focusing on.

• Ensuring healthy outcomes:  As we increase our investment in Medicaid and enroll new lives in coverage, we need to make sure we’re driving healthy outcomes. We cannot do that without having a reference point for these new populations. That’s why I’d like to see a baseline health assessment conducted with the intake of new patients. This is particularly important to me so that we can establish standards be able to see what’s working – and what isn’t – in Medicaid services. I will continue to work with legislative stakeholders to see these baseline assessments put in place.

• Network adequacy:  In some areas of our state it is already difficult – if not impossible – to find a medical provider who accepts Medicaid patients. The Medicaid expansion will extend availability of coverage to an estimated 500,000 new lives. There are also upwards of 550,000 citizens in our state who are already eligible for Medicaid and have not enrolled.

As many of those folks join the ranks of the insured, our provider shortage will be exacerbated. Enrolling people in insurance coverage is not the same as extending access to care if they can’t find a doctor in their area to serve them. We need to continue to take steps to make Washington a place where providers want to locate, and where everyone has access to quality care.

• Holding the federal government to its word:  This is the gorilla in the room with regards to the Medicaid expansion. The federal/state cost split promised in the health-care reform bill sounds like a good deal for states, but given the fact that the national deficit is approaching $17 trillion, how long can the federal government continue to write blank checks? What happens if a new crop of elected officials comes into power on the federal level who are more concerned with fiscal responsibility?

If the cost split for the expansion population were to shift to the 50-50 federal/state split that’s in place for current Medicaid enrollees, our state would see a fiscal impact of upwards of $12 billion in the first ten years. I can imagine little worse than extending coverage to these individuals and then facing the prospect of having to go back on it or cutting other essential state services to preserve it.

At the end of the day, what I’m concerned with – and what the Legislature is charged with – is being able to keep our promises to the people of Washington state. That means ensuring the investments we make in health care are sustainable, and that we’re providing not just an insurance card but access to meaningful care. That will be my focus and I welcome the input of anyone in our state’s health-care community as to how we can make it happen.

Sen. Randi Becker (R-Eatonville) is the chairwoman of the Senate Health Care Committee and since 2009 has represented Washington’s 2nd District, which consists of rural Thurston and Pierce Counties and beautiful Mount Rainier.