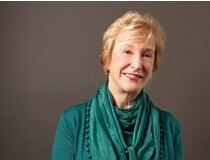 Washington Health Benefit Exchange board chair Margaret Stanley graces the cover of this Month’s Seattle Business Magazine as part of a feature saluting 25 Leaders in Health Care. In the pages of this month’s issue, Stanley is honored for Lifetime Achievement in health care. The article focuses on Stanley’s decorated “post-retirement” career serving on the Health Services Commission, as executive director of the Puget Sound Health Alliance, and now the Washington Health Benefit Exchange.

Margaret Stanley’s career reflects her drive for efficiency and compassion.

Margaret Stanley, board chair, Washington Health Benefit Exchange
Summing up her long executive career, Margaret Stanley sees a single theme of making health care function better. Even while earning her graduate degree in health administration at the University of Washington, she says, “I believed health care needed to be reformed, to cover more people and control costs.”

That mission has followed her into her official “retirement” as well. As chair of the newly constituted Washington Health Benefit Exchange, she will be playing yet another significant role in reform, helping establish the state-operated marketplace for subsidized health insurance under the Affordable Care Act. The Exchange is a public-private partnership that has created the Washington Healthplanfinder, an online marketplace that will allow individuals and small businesses to compare and enroll in qualified health insurance plans beginning October 1.

It’s a kind of second try for Stanley, a former executive vice president of Regence BlueShield, who, in 1988, took on the task of establishing the Washington State Healthcare Authority as its first CEO. Initially limited to managing the program of state employee benefits, it soon administered the state’s public assistance programs as well. Stanley served on the Health Services Commission, an ambitious statewide health reform effort that led to the enactment of the Washington Health Services Act. The political winds abruptly shifted and that legislation was soon repealed, but Stanley says it remains one of her proudest accomplishments.

More lasting were her subsequent efforts as the founding executive director of the Puget Sound Health Alliance, a collaborative effort among employers in the region to improve the quality and cost of their health plans. Working with others, for others, is the common thread running through Stanley’s many posts, where she has been a noted listener and active solution seeker. Those qualities should serve her well in her latest position.