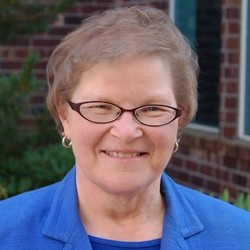 Mary Selecky Stepping Down – Sort Of

If you’ve followed the leadership saga at the Washington State Department of Health, you know it’s gotten very strange.

It makes this press release from Secretary Selecky all the more odd.

It’s pasted below, but it basically says she’ll stay until she is told to leave.  What goes unsaid, but what is clear among insiders in Olympia is that she continues to make the case that she should stay on board for a 2-year transition period.

I don’t engage the DOH much, and I’ve always very much appreciated Secretary Selecky’s participation at our conferences.  I have no opinion on whether she should stay or go.

But, this has been a very weird leadership question at DOH for some months with the ongoing question of whether Selecky was making an effort to stay or whether she wanted to leave.

I think what’s been clear, based on some conversations I’ve had with folks close to the process, is that Selecky would have liked to have stayed.  But, it’s a very tenuous, awkward process during the transition to a new governor.  Do you ‘campaign’ for the job?  Do you go searching for work somewhere else early?

I have a number of friends caught up in the anxious nature of the transition in state government.

But, the reality is this:  the first Inslee term will not be the third Gregoire term.

Inslee campaigned on changing Olympia and that change starts with the most senior levels of state government.

Selecky will stay on until a successor is found

State Secretary of Health Mary Selecky today announced plans to retire from state service and return to her longtime home in Colville. Selecky informed Gov. Jay Inslee of her plans this week, and has agreed to stay on until a new secretary of health is found.

Selecky has served three governors since first being appointed “acting secretary” by Gov. Gary Locke in October 1998. Her nearly 15 years as Washington’s secretary of health make her one of the longest serving state health leaders in the country. Before being named secretary, Selecky was the administrator for the Northeast Tri County Health District in our state for nearly 20years, and marks 38 years in public service this year.

“Public health affects every person in our state. I’m especially proud of the great progress we’ve made lowering smoking rates and getting more kids vaccinated. We’ll have a healthier future because of it,” said Secretary Selecky. “It has truly been an honor to serve the people of Washington and to work with such dedicated state, local, and tribal public health professionals.”

Under Selecky’s leadership, Washington’s adult smoking rate has dropped 30 percent, and youth smoking rates are down by half; childhood vaccination rates are the highest in years.

“Thanks to Mary, Washington is a healthier place to live and raise a family,” said Gov. Inslee.

“I thank her for her valuable service to the people of our state and wish her all the best as she returns to the beautiful town of Colville.”

Secretary Selecky has committed to continuing to lead the Department of Health until a successor is found.