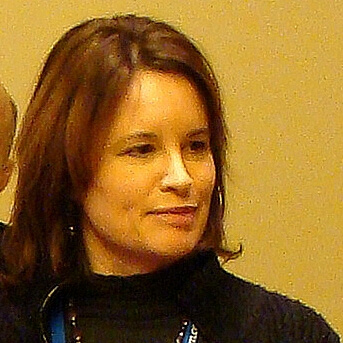 Ben Mitchell wrote this article appearing in yesterday’s edition of The Enterprise Newspaper, out of White Salmon, WA. The publication covers stories from Klickitat County.

Residents of Klickitat and Skamania counties who rely on the state health insurance have lately been having a harder time than usual finding doctors and other healthcare professionals who are signed up with their insurance companies’ plans.

Cindy Robertson, administrator of the NorthShore Medical Group in White Salmon who also serves as vice president of the Rural Health Clinic Association on Washington, says the problem has lately gotten worse due to the state Health Care Authority’s re-bid of the Medical Healthy Options and Basic Health Plan contracts that occurred at the end of last year.

“They [the HCA] rebid everything because they’re trying to put more people in managed care and save money,” she said.

Robertson explained that the HCA typically contracts out with insurance companies to administer its Medicaid (Healthy Options) and state-funded (Basic Health Plan) insurance plans that are available to low-income Washington residents. Usually, the HCA required insurance companies to prove they had “adequate provider network capacity” in the areas they planned to cover as part of a bid requirement.  This time around, Robertson explained that the process went “completely backwards” when the HCA did not require insurance companies up front to prove they had an adequate number of healthcare professionals signed up to cover their enrollees.

Initially the two companies that won the bid, Coordinated Care Corporation—a subsidiary of the Centene Corporation—and UnitedHealthcare, did not demonstrate that they had adequate provider networks for Klickitat and Skamania County. The HCA contract stipulated that companies had until May 16 to prove adequate provider network capacity before the contract went into effect on July 1, 2012.

“May 16th came and went,” said Robertson, “and nothing changed.”

The reason for the lack of providers is two-fold. Robertson stated that NorthShore Medical Group had “never met” the two companies that were awarded the contracts for Klickitat and Skamania counties. As a result, the insurance companies did not have any providers signed up for the plans they were supposed to administer. In the past, the counties’ managed care contracts were usually administrated by regional companies such as Community Health Plan of Washington, which is based in Seattle, and Columbia United Providers, which is based in Vancouver. Robertson said both providers and patients preferred dealing with the regional companies.

“We went from a bunch of local non-profits to a bunch of national chains,” Robertson said, “and there is a big difference in the way they work.”

Richard, a resident of Klickitat County who did not want his last name or city of residence published, is on BHP, which was originally administrated by CHP. His plan is now administrated by UHC, a company based out of Minnesota that is part of the largest single health carrier in the county, UnitedHealth Group. Richard said when he called UHC for information about his plan, he was unable to talk to someone in Washington and was transferred to “some call center in Georgia” where the customer service representative stumbled over the word “Klickitat.”

Regardless of pronunciations, the representative told him he was covered by UHC and that providers were signed up with the company. However, Richard said he was never informed that providers hadn’t contracted with his specific plan – information he ended up learning from NorthShore Medical Group. Richard wishes he could go back to his old insurance company.

“CHO was aces up,” Richard remembered. “You called them, they paid on time, it was great. I was sad to see them not sign this contract.”

Robertson noted the other reason that healthcare professionals have not signed up with the new companies is that their reimbursement rates are significantly lower than what was previously received. Dr. Allen LaBerge, a physician who works out of NorthShore Medical Group’s White Salmon clinic, said the rates are at the bottom of the barrel.

“Their rates are low enough that specialists say, ‘We can’t afford this; these reimbursements are below our costs,’” LaBerge explained.

These changes have confused and upset enrollees who are concerned about their healthcare.

“They are angry because they have to change doctors and their new health plans can’t tell them where to go,” Robertson fumed.

LaBerge was also aware of the phone calls from perturbed patients.

“We have people calling on a nearly daily basis saying, ‘What do I do? Nobody takes my plan,’” LaBerge said.

On June 5, those enrolled with Healthy Options got a reprieve when the HCA announced out-of-network providers would be reimbursed by the plan under a fee-for-service program. The same courtesy, however, was not extended to the 334 residents of Klickitat and Skamania counties covered by BHP.

Robertson has been contacting the HCA via e-mail and speaking to Preston Cody, assistant director of the HCA who Robertson said oversaw the “joint-procurement process” for bidding these contracts. She wanted to know why BHP was not allowed to use fee-for-service. The following is an expert from an e-mail sent to Robertson from Cody on July 17:

The Enterprise attempted to contact Cody by phone an July 23, but was instead referred to Jim Stevenson, communications official for the HCA. Stevenson stated that he was unaware of any issues in Klickitat or Skamania County with BHP, but noted that he doesn’t “take trouble calls.”

Stevenson said he would talk to the plans and called The Enterprise back two days later, with little information. He recommended patients travel to The Dalles, Ore., or Vancouver to see in-network specialists.

“This is a small, rural area with not that many providers to begin with,” Stevenson said. “This is nothing new.”

Stevenson also mentioned that the “plans were still working with providers,” but could not name a date when the insurance companies would have to be in compliance. He noted that the HCA could boot the companies if they did not fulfill their contracts.

Robertson said the companies have never been in compliance and was wondering what the hold-up was. A meeting was originally planned to be held in mid-August at Klickitat Valley Health in Goldendale between hospital and clinic administrators and politicians to discuss the issues, but Robertson said that had been postponed indefinitely.

LaBerge said doctors at the clinic still want to provide care and have been seeing patient on a “case-by-case” despite the insurance crisis. Robertson wants patients to know the clinic is fighting for a resolution.

“We will not abandon you,” she said, “but this is an ugly, ugly mess.”