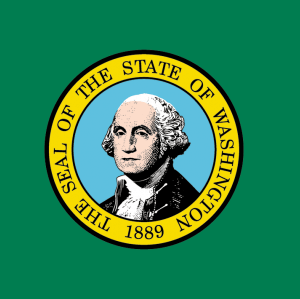 The following was announced in a news release from the office of Gov. Gregoire.

OLYMPIA – Gov. Chris Gregoire today announced the appointment of MaryAnne Lindeblad as director of the Washington State Health Care Authority. Lindeblad, who is currently the assistant secretary of the Aging and Disability Services Administration at the Department of Social and Health Services, succeeds outgoing director Doug Porter.

“MaryAnne has the unique skill and experience necessary to walk into this role seamlessly, and continue the tremendous success of this agency,” Gregoire said. “She brings an impressive background, including leading one of the largest divisions at DSHS, even larger than the Health Care Authority. Her career has focused on safeguarding the integrity of the health care system and Medicaid, while ensuring that the citizens of Washington state are protected and provided with the best service possible. I welcome MaryAnne to this role, and am confident she will continue to serve Washingtonians well.”

“I’ve spent my career focused on improving our health care systems, and look forward to serving Washingtonians in this new role,” Lindeblad said. “This position no doubt brings new challenges, including the expansion of Medicaid over the next few years. I am committed to bringing the same heart and passion that I’ve always shown, and ensuring Washingtonians continue to have access to the quality and affordable health care they deserve.”

Lindeblad has spent much of her career at DSHS, serving in a variety of leadership positions. Prior to her current role, Lindeblad served as director of the Division of Health Care Services in the former Health and Recovery Services Administration at DSHS. She has also served as director of the Division of Healthcare Services for the Medicaid Purchasing Administration, and as assistant administrator of the Public Employees Benefits Board for the Washington Health Care Authority. Lindeblad also has experience as the director of operations for Unified Physicians of Washington.

As an active member of the healthcare community, Lindeblad currently serves as chair of the Medicaid Managed Care Technical Advisory Group, is a member of the executive committee for the National Academy for State Health Policy, and chairs their Long Term and Chronic Care subcommittee. She currently chairs the board of the Olympia Free Clinic, a position she has held since 2010.

Lindeblad holds a bachelor of science in nursing from Eastern Washington University and a master’s in public health from the University of Washington.

In 2010, Gregoire announced her intent to merge the existing Health Care Authority and Medicaid, putting the director also in charge of the state’s other large health care purchasing program, the Public Employees Benefits Board. These transitions helped streamline and standardize state healthcare programs as well as bend the health cost curve, helping restrain annual medical cost inflation to less than four percent by eliminating waste and inefficiencies.

Gregoire said Porter’s experience and leadership would be missed.

“Health care has been a priority concern of my administration from the beginning, and many significant improvements – Apple Health for Kids, the move to evidence-based medicine, and the state’s leadership in health care reform – would not have been possible without the support of the Medicaid program and Director Doug Porter,” said Gregoire.

“Doug’s stewardship and prioritization of health care initiatives and reform at the helm of the Washington state Health Care Authority for the past decade have improved lives and provided a more healthy future for Washingtonians,” said Gregoire. “I thank him for his commitment and service.”